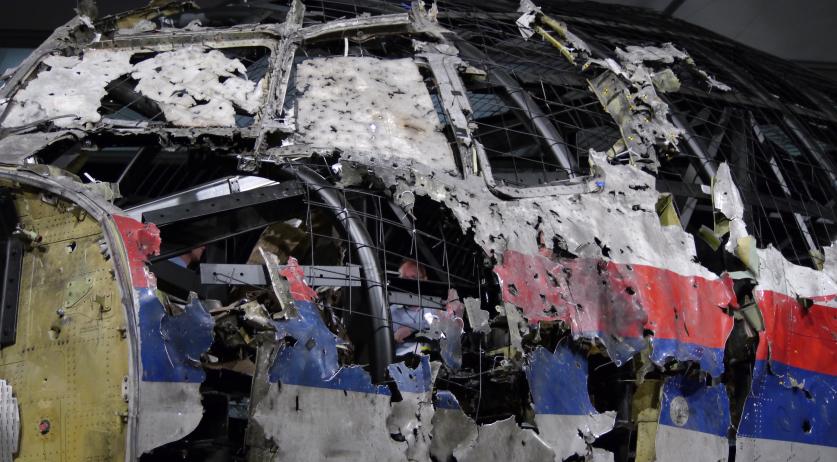 Malaysia airlines flight MH17 was shot down with a BUK missile of the 9M38 series fired from the ground. The missile launching system came from Russia and was afterwards returned to Russia, are the preliminary conclusions of the Joint Investigation team. The missile was fired from a field near Pervommajsk, which was in the hands of pro-Russian separatists The conclusions were presented by Public Prosecutor Fred Westerbeke and Wilbert Paulissen of the police at a press conference in Nieuwegein on Wednesday afternoon, according to NU.nl's live blog of the event. According to Westerbeke, these conclusions were made based on legal and convincing evidence, though a court still has to judge it. Not all the evidence can be shown, as to not alert those suspected of involvement. According to Paulissen, there was heavy fighting in the Donetsk region around the time of the disaster. Pro-Russian separatists needed anti-aircraft missiles to fight Ukrainian air attacks preventing them from creating a thoroughfare to the Russian border. Pualissen played a sound clip in which a pro-Russian separatist asks for a BUK installation and is told to come get one. Thanks to video footage, photos and witness statements, the JIT was able to trace the route the BUK system was transported from Russia to the Ukraine and then back again. As evidence that the pieces of missile found around the crash site were not there before the crash, or placed afterwards, Paulissen states that a piece of glass from the MH17 cockpit was found on one piece. "We can convincingly prove that MH17 was shot down by a BUK missile of the 9M38 series." "The BUK was transported to the firing location under the guidance of separatists", Paulissen said. IT was transported in a white Volvo truck with a red trailer. Many witnesses saw this vehicle with armed men in uniform. A convoy including the truck eventually went from Donetsk to Snizhne, arriving around noon on July 17th. From there the truck continued without a convoy, also filmed by eye witnesses. The final destination was an agricultural field, 21 km from where MH17 crashed. According to the investigators, this agricultural field is without a doubt the location where the missile was fired from that hit MH17. Witnesses spoke of much noise, a whistling sound and an explosion. Several witnesses saw the missile being fired and the plane crash. Eyewitnesses saw a large white smoke trial, also photographed at least thrice. In a tapped telephone discussion, the position of the BUK missile system is also discussed. And the field is where a piece of land caught fire. Satellite images of the field before and after the disaster also show clear changes. The conclusion for the missile's firing location is supported by information received from the Americans and the European Space Agency (ESA). A report published by the Americans supports the JIT's conclusion n this. The ESA had experts assess the footage and images, and came to the same conclusion. There are fewer images of the BUK missile system's return to Russia. But on one photo can be seen that only three missiles remain, instead of the usual four. Another tapped conversation between separatists confirm the system's return to Russia. Discarded scenarios included an attack from within the plane, disproved by the Dutch Safety Board's investigation, and an accident. The JIT also ruled out that the plane was shot down by another plane, as this would have been visible on radar images. He added that the discussion over the radar images is concluded as far as the investigation is concerned - they have enough for the investigation purposes The criminal investigation into the downing of flight MH17 is being done by the Joint Investigation Team, led by the Dutch Public Prosecutor. The investigation into the perpetrators is still ongoing. Between 100 and 200 people were working on this investigation, according to Westerbeke. It now continues with 100 people. Dozens of containers of wreckage was investigation. Five billion pages were assessed for relevant material. Half a billion photos and videos were looked at. More than 200 witnesses were questioned. 150 thousand telephone conversations were assessed. 3,500 tapped conversations were translated and analysed. Flight MH17 was shot down over Eastern Ukraine on July 17th, 2014. All 298 people on board were killed. 196 of them were Dutch. Last year the Dutch Safety Board released a report based on their investigation into how exactly the plane was downed. The Board concluded that MH17 was shot down by a BUK missile from somewhere within a large area controlled by pro-Russian separatists. British newspaper The Guardian reported on Tuesday that the missile was fired from a field south of the town Snizhe. According to the newspaper, Russian troops were active there on the day MH17 was shot down. When they realized they shot a passenger aircraft, the missile launcher was smuggled across the border back to Russia the following day. On Monday the Russians gave a press conference in which the Russian Defense Ministry released radar images, supposedly of the time MH17 was shot down. Up until now, Russia has refused to release these images. Nothing out of the usual can be seen on the images. And according to the Russians, this shows that MH17 was not shot down from a separatist controlled area. Paulissen confirmed that the JIT knows about this. The information does not support the conclusions drawn by the JIT, but the radar images have not yet been studied. "The conclusion of the Russians that the missile on the radar footage comes from another direction is incorrect. We have no reason to doubt our conclusions." When the Dutch Safety Board presented its report last year, Russia did the same thing. Hours before the presentation the maker of BUK missiles gave a presentation saying that the Malaysia Airlines plane was shot down by an old Ukrainian missile.