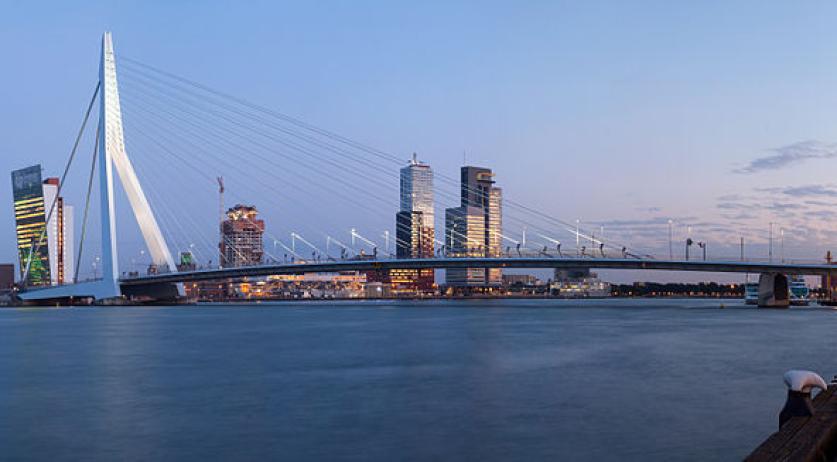 Tourism is an ever increasing industry in Rotterdam. According to Rotterdam City Marketing, the number of tourists increased by 23 percent up until May this year, bringing Rotterdam to 2nd place on the list of most tourist-visited city in the Netherlands. Amsterdam is in 1st place, RTL Nieuws reports. According to the broadcaster, Rotterdam's increasing popularity can partly be attributed to the city's more positive image and name on multiple travel lists. In 2014 Rotterdam made it on the Top 10 Must See Cities in both the New York Ties and the Rough Guides. At the end of that year, Rotterdam was named European City of the Year 2015 by the International Academy of Urbanism. And last year Lonely Planted included Rotterdam in its "Best in Travel 2016".  "With the Markthal, the Rotterdam and the Central Station, Rotterdam is bursting of iconic architecture and in addition the city offers visitors a variety of art, top quality restaurants and an attractive nightlife. That makes Rotterdam one of the 'must see' destinations", Michiel Kooerenhof of the Rotterdam's department Urban Development, said to the broadcaster. Rotterdam welcomed a total of some 205 thousand tourists between January and May this year, an increase of 14 percent compared to the same period last year. The only city in the Netherlands to host more was Amsterdam, with a massive 2.4 million. The Hague comes in third place with 190 thousand.