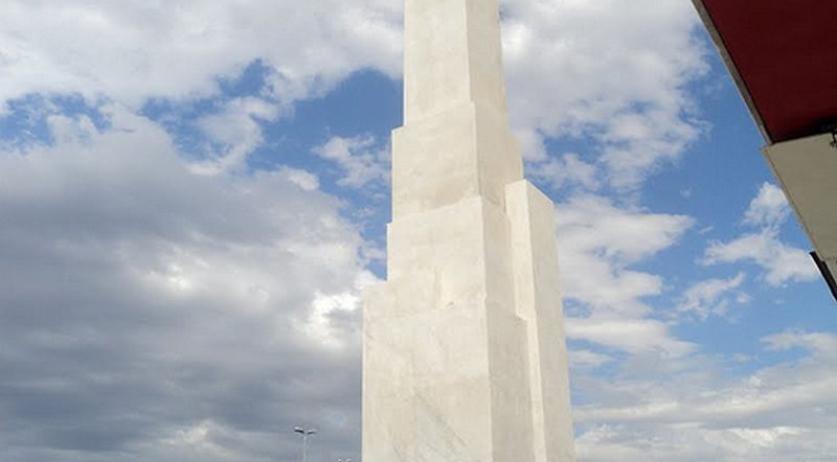 Two researchers believe they know what is written in a letter for future generations as a homage to Benito Mussolini - leader of Fascist Italy from 1922 to 1945 - hidden under a huge obelisk. The historians raced the text and presented it on Wednesday, the Volkskrant reports.  In 1932, on the 10th anniversary of his March on Rome, Mussolini had a 300 ton obelisk placed at the then Foro Mussolini, now called the Foro Italico. At the initiative of Renato Ricci, leader of the fascist youth movement, a metal box containing a calligraphic glorification of Mussolini was placed in the foundation of this monument. Two historians - Bettina Reitz-Joosse from the University of Groningen and Han Lamers of the Humboldt University of Berlin and the University of Leuven - now believe they know what is written on the document, the so-called Codex Fori Mussolini. In Italian archives and libraries they found three nearly identical texts in Latin, which they believe also match the text under the obelisk. The text was prepared by classicus Aurelio Amatucci and was meant for future generations. The document consists of three parts totaling in 1,200 words. The first part is about the rise of fascism and Mussolini's "heroic acts" in the first decade of his regime - how he "saved" Italy from sinking into anarchy after the First World War and restored its prestige to the world. The second part is about the youth movement in fascist Italy. And the third is an architectural description of the obelisk and the buildings that were to be built around it - an ambitious plan only partially realized. It seems the the possibility was considered that the Foro Mussolini would eventually fall into decline and the Codex was intended to give future generations a vision of the complex as it looked in Mussolini's heyday.