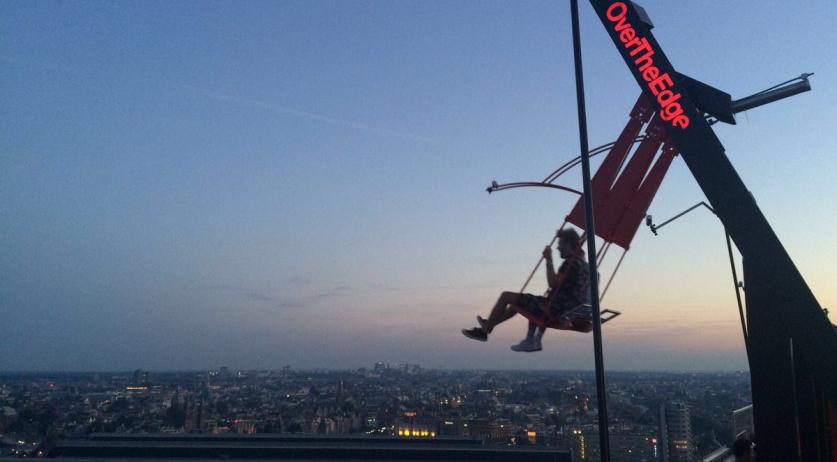 Amsterdam Mayor Eberhard van der Laan officially opened the swings on the observation deck of A'Dam tower on Thursday. At a height of 100 meter the swing, named Over The Edge, is the highest in Europe, Het Parool reports. The swing can accommodate four people and is hydraulically powered, with the option that swingers can add their own momentum. Initiator Sander Groet was also at the official opening. Van der Laan's daughters were the first to try out the new swing. Over The Edge is open to the public from 11:00 a.m. on Friday.

Over The Edge - Europe's highest swing from A'DAM Lookout on Vimeo.