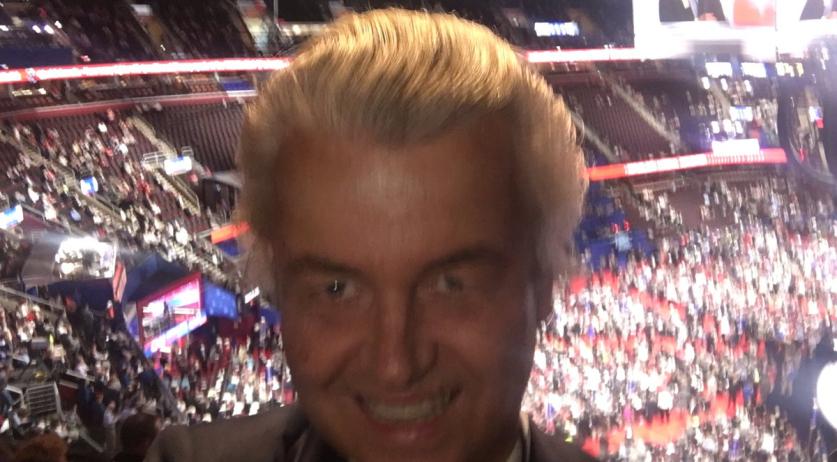 PVV hammers on "de-Islamization" in one page election campaign

Geert Wilders' PVV released their election campaign and it is only one page long with eleven points. The first point, and most expansive one too, is the "de-Islamization" of the Netherlands. The party wants to close the borders - no more asylum seekers and no immigrants from "Islamic countries". All the asylum centers should close and issued residency permits should be retracted "for a certain time. The PVV wants a ban on Islamic headscarves in public places and on "Islamic statements that are contrary to public order". Geert Wilders' party also wants to close all mosques and Islamic schools, ban the Koran, lock up all radical Muslims, not allow foreign rebel fighters in the Syrian civil war to return to the Netherlands and deport all criminals with double nationality. According to the party, this "de-Islamization" will bring the country 7.2 billion euros, though how the PVV got to that amount is unclear. This election campaign is harsher on Islam than the party's previous one in 2012, according to AD. Then the PVV wanted to limit asylum seekers to 1,000 per year and not allow any new mosques to open. The party's other well-known standpoints are in the rest of the list - the Netherlands should leave the European Union, more money for the police and Defense, reverse cutbacks on healthcare for the elderly. The PVV also wants to reduce the retirement age to 65 years and get rid of the excess in health insurance. Wilders published the election campaign on his Facebook page on Thursday. A spokesperson told newspaper AD that the party will stick to these points - there will be no extended program. Wilders told the newspaper he is "extremely proud" of the program. "The PVV will fight the Islam, wants to close the borders, leave the European Union and give back all the billions of euros we save by doing that back to the population. My message to the Netherlands is: the Netherlands must become ours again." The PVV is the second party to release its election campaign. 50Plus did so earlier this week. D66 is expected to do so later today. The elections are scheduled for March 15th.