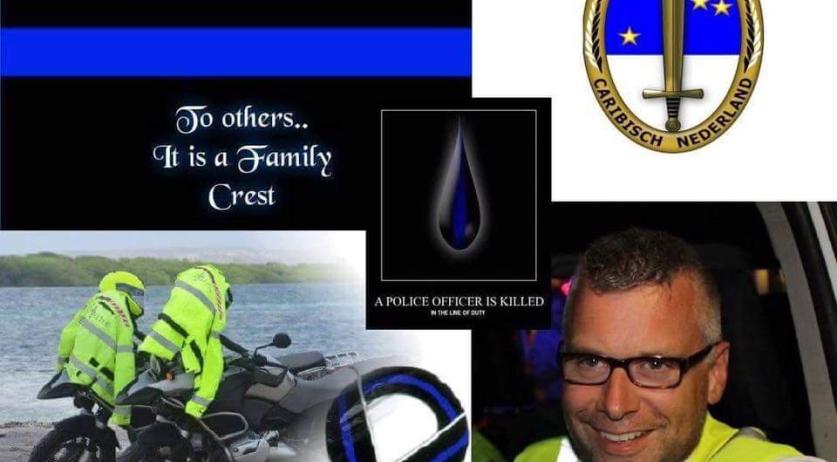 The Dutch police sent a large-scale investigation team to Bonaire to help in the investigation into the death of Dutch police man Ferry Bakx, a spokesperson for the police said. The team is expected to be on the island for about six weeks, NOS reports. Bakx was killed in a shootout with burglars in Kralendijk on Wednesday. The Dutch police always put together a large-scale investigation team consisting of 15 to 20 police officers when handling complex cases. The officers have a range of different specialties, ranging from forensic investigation to file writing. The Dutch police spokesperson stressed that the team will only support the Bonaire police and will not take over the investigation. The police officer's body arrived at Schiphol airport on Saturday, where the Koninklijke Marechaussee - a police force that works as a branch of the Dutch military - gave the funeral procession an honor salutation. Bakx first worked for the Dutch police before moving to Bonaire in 2013. On Friday Minister Ard van der Steur of Security and Justice stated that the Netherlands will offer help to the Bonaire police in this case. Prime Minister Mark Rutte called it a "heinous murder". The Bonaire authorities made $10,000 - about 8,800 euros - available as a reward for information that leads to the solution of this case.