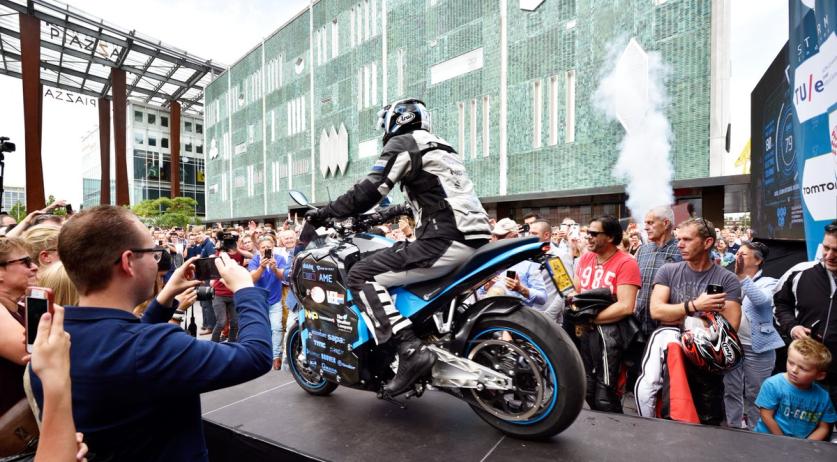 A group of 23 TU Eindhoven students are going around the world in 80 days on a self-built electric motorcycle called Storm. This trip has a dual purpose - testing the bike and showing the world that electric transport works. "Already, everywhere", student Yuri Steinbuch said to Omroep Brabant. The trip will take the students through 18 countries, including Iran, China and the United states. Along the way they will organize mini events at universities, companies or even on public squares to inform the local population on the benefits of electric transport. The trip can be followed here. The entire team of engineering students will be traveling along behind Storm in buses, so tat if something goes wrong, they can quickly fix it and continue to journey. The "special feature" that sets Storm apart from other electric vehicles, is its loose batteries. The motorcycle has 24 batteries, which can take the bike 380 kilometers. The batteries can be changed when they run out of power. You can also remove some for better balance or handling when traveling difficult paths. Former Prime Minister and current durability ambassador Jan Peter Balkenende is proud of the students. "Of course, everyone is concerned with sustainability, but this is innovative", he said, according to Omroep Brabant. "This can put the Netherlands on the  map." The students are expected back in Eindhoven on November 2nd.