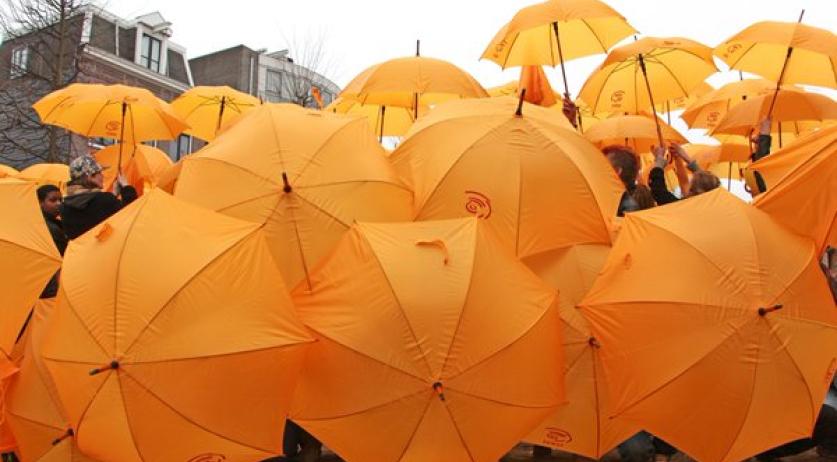 The Netherlands is making a final push for a much sought after temporary seat on the United Nations Security Council. The happens today in New York, around 4:00 p.m. Dutch time. Two seats are up for grabs. The Netherlands is competing against Italy and Sweden. Over the past three years the Netherlands has been campaigning hard to gain this seat. Some 15 officials were working on these elections, on and off over the past years and continuously in recent weeks, according to RTL Nieuws. There are computer files that keep track of how the 193 UN countries will vote - all those countries repeatedly surveyed by both The UN and Dutch embassies. The Netherlands also sent envoys to various countries, printed posters and organized get-togethers. Orange umbrellas were handed out as well as USB sticks with photos of tulips and windmills. The campaign cost 4 million euros, excluding personnel costs. After three years of campaigning, the Volkskrant gives the Netherlands an about fifty-fifty chance of actually obtaining a seat. According to the newspaper, Italy seems to be an about certain choice, which means that the Netherlands is mostly competing against Sweden for the remaining seat. Both the Netherlands and Sweden went for a similar campaigning strategy, focusing on Africa - both used a poster showing a smiling UN soldier reaching out to a laughing black child. Africa consists of 54 countries and therefore has 54 votes in the election for the Security Council seat. The Netherlands deployed Minister Bert Koenders of Foreign Affairs as secret weapon. Koenders worked in Africa for many years, leading the UN mission in Mali, and promises countries who vote for the Netherlands that we will stand up for "security, justice and development". Sweden, on the other hand, is the country that spends most on development aid out of the three candidates. Development aid is an important source of income for many African and Asian countries. Whether the Netherlands' efforts will pay off remains to be seen. Minister Koenders is in New York for some last minute campaigning. According to the Volkskrant, the very last minutes can make a difference - in 2010 South Africa managed to nab a UN seat by handing out leopards just before the vote.