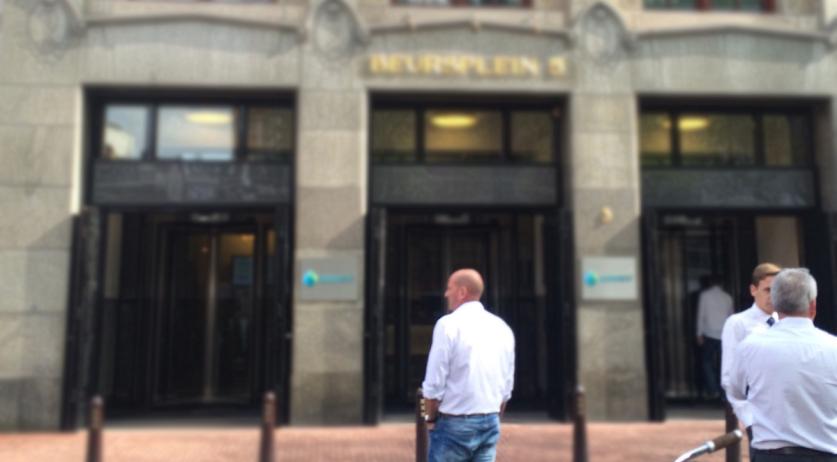 The United Kingdom's decision to leave the European Union in the Brexit referendum on Thursday, resulted in a dark day for the global financial markets on Friday. The Amsterdam stock exchange (AEX) plummeted 9 percent from 449.86 to 410.66 points, the Volkskrant reports. Both the British and German stock indexes lost 10 percent. Deutsche Bank lost 20 percent o its value. And the pound sterling dropped 10 percent against the dollar. The pound also saw the biggest drop in history on the currency markets. The rate dropped with almost 20 dollar cents from $1.50 to $1.30 - the lowest level in thirty years. According to the newspaper, the Brexit also resulted in the immediate increase of euro zone tensions. Interest rates in the southern European countries skyrocketed, and plummeted in the safe countries of Germany and Netherlands. "This day will really go into the books as one of the darkest days in the history f the stock markets. And the British pound sterling", Ron van der Does, market analyst at IG Nederland, said to the newspaper. Asian countries also did not escape the consequences of the Brexit. Japan's Nikkei index lost 8 percent and Hong Kong's Hang Seng dropped 5 percent. Market analysts fear a period of tremendous uncertainty for the United Kingdom and also other EU countries. But Paras Anand, head of European equities at Fidelity International, advises not to panic and to see the price declines in view of the past week's increases. "It is important to remember that it will only have a marginal impact on the long term profitability of companies", he said to the newspaper. Consequences for the Netherlands may be much greater, as Britain is the second largest export destination for the Netherlands. According to the Telegraaf, the best Dutch companies who trade with the United Kingdom can hope for is a good British-European trade agreement. In this scenario the British will remain part of the European Economic Area, like the Norwegians. Whether this happens or not, there is a good chance that the British will implement their own rules and import tariffs in some sectors. This could mean that British companies no longer want to deal with EU countries simply because it is too expensive. If the exit from the EU turns ugly, it will be bad news for all companies and entrepreneurs, according to the newspaper. In that case Britain will disappear from the common market and export to the country will be the same as trade with non-European countries. "In the short term, the Brexit is a raw deal for entrepreneurs", the newspaper writes. "With all the uncertainty no British firm has sense in making major investments or closing major contracts with 'the continent'."