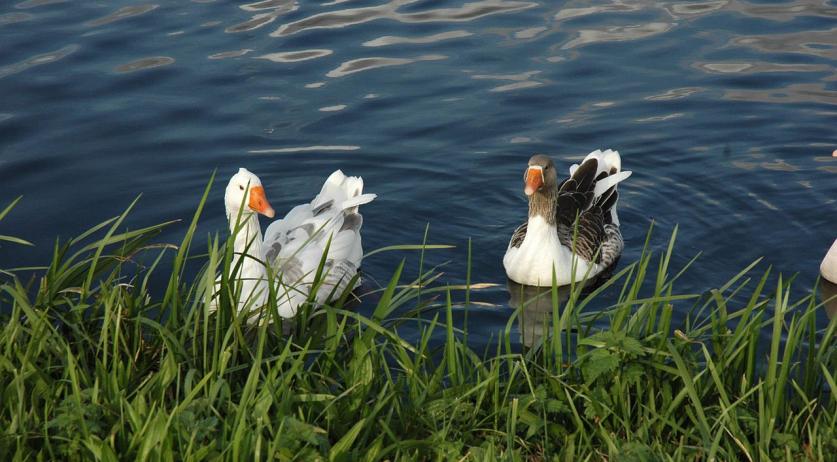 Schiphol and Noord-Holland are still fighting for approval to gas thousands of geese in the area around the airport, despite a court ban. According to the airport and the province, gassing is the only effective way to get rid of enough birds that they no longer pose a risk to air traffic. They are heading back to court on Monday, Het Parool reports. Every year there are numerous incidents involving geese and airplanes. Schiphol sees the birds as a plague that put human lives at stake. The geese population around the airport must be drastically reduced to also reduce this risk. The airport feels that the "most animal friendly" way of doing this is by gassing the animals. For this groups of geese are driven into a container where they are killed with CO2. Hunters will be allowed to shoot as many geese as they want in an effort to cull the population. But according to Schiphol, that barely scratches the surface of the problem. Thousands of birds need to be killed, and that cannot be achieved by hunting alone. Animal protection agencies Animal Rights and Faunabescherming are furious about Schiphol and Noord-Holland's insistence in this matter and are heading to court to prevent them getting the go ahead. According to the agencies, the way in which the birds are driven into the container creates a lot of stress on the animals and some birds are even trampled in the chaos. The gas itself takes 120 seconds to work, which is too long. They call on the airport and province to find a more humane alternative, such as growing crops that are unattractive to geese in the fields around the airport. Schiphol has been allowed to gas geese in mass cullings since 2012. This year they are not allowed to do so, because the way in which the birds are caught is not explicitly linked to the gassing, according to the newspaper. As of January 1st next year, the law will be amended and the gassing will be allowed again.