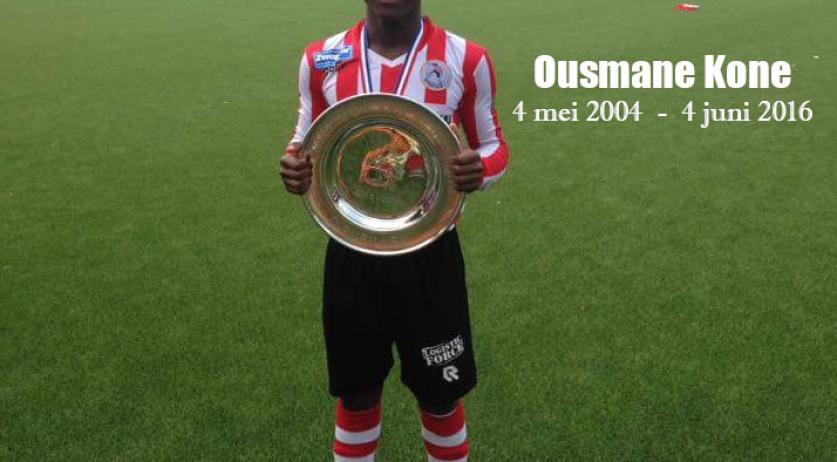 Football team Sparta Rotterdam is mourning the death of youth player Ousmane Kone. The 12-year-old footballer died "under tragic circumstances" during the team's end of the season celebration, a police spokesperson said to the Telegraaf. "What should have been a beautiful end of the season, turned ino a big drama", Dolf Roks, Sparta Rotterdam's head of Youth Training, said to the newspaper. "All strength wished to family, friends, teammates, parents, coaches and relatives. Rest in peace Ousmane." Only last week Kone celebrated the national championship with Sparta's D-team. In a statement on the Rotterdam club's website the club states that it is "devastated" by this "tragic accident". "Sparta Rotterdam sympathizes incredibly with parents, relatives, friends, staff and teammates of Ouusmane", the statement reads. "Sparta Rotterdam will of course do everything possible to support them. More information is not yet known at this time." A source close to the team told newspaper AD that the boy drowned during a team visit to the public pool.