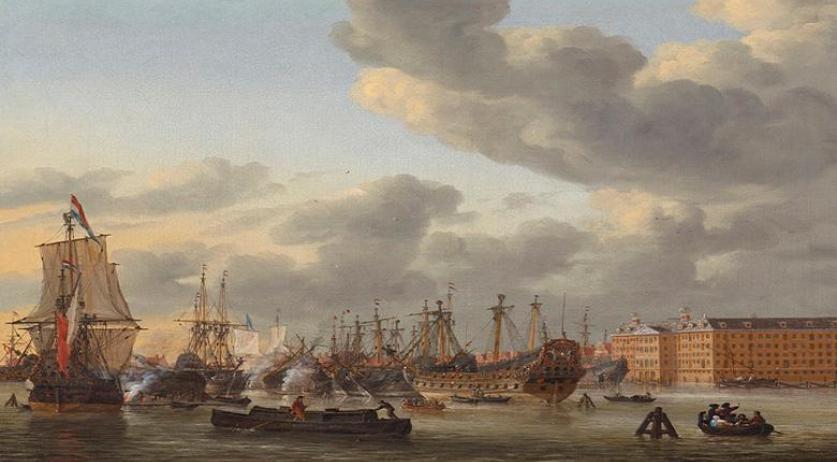 The Scheepvaartmuseum in Amsterdam managed to acquire a masterpiece by 17th century marine painter Reinier Nooms. The painting, titled View of the IJ, shows warships in the water in front of the 's Lands Zeemagazijn - where the Scheepvaartmuseum is now located. The masterpiece was painted in 1664, the same year as Nooms' death. At the time the bulding was used by the Admiralty of Amsterdam as a warehouse for the navy's equipment. According to the museum, this painting shows Amsterdam's history as the center of 17th century shipping, the function of 's Lands Zeemagazijn and the activity of the sites around it. This work is of great importance in understanding 17th century Dutch shipping, according to the museum. The work was acquired from a Dutch art dealer with the help of the Rembrandt Assocation and the Mondriaan Fund, among others. The painting is expected to be displayed this fall, as part of a major exhibition on the 100 year hstory of the museum's collection. A hundred years ago the museum started what is now considered one of the richest maritime history collections in the world. Reinier Nooms, also known as Zeeman, lived between 1623/24 and 1664. He is one of the 17th century's leading marine painters. He is particularly known for his nautical details on the vessels he painted.