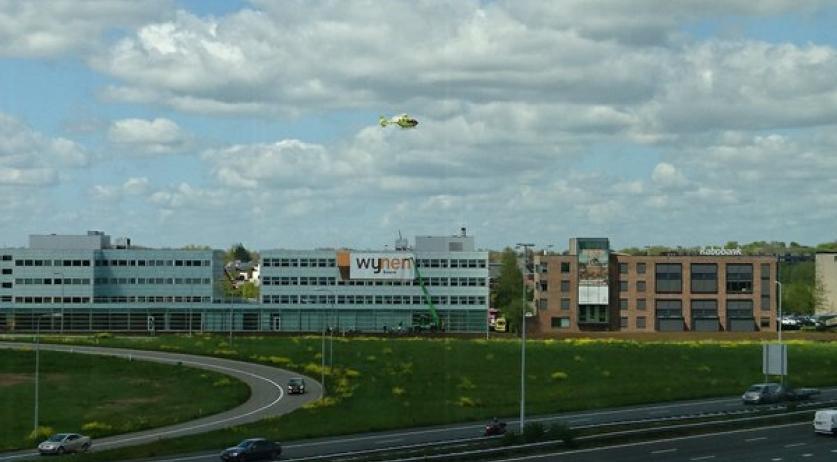 The two men killed after falling from a crane in Zaltbommel on Tuesday are 53 year old Bart Vink and 61 year old Jos Relou, both from Someren. Remco van Bogget (24) was taken to the hospital with severe injuries. He is not in life threatening danger, AD reports. All three men worked for construction company Wijnen Bouwgroep. The company is shocked. "Incomprehensible that this could have happened." a spokesperson said to the newspaper. Van Bogget suffered several broken bones and underwent surgery on Tuesday. The men were working on the renovation of the Van der Valk Hotel on Hogeweg in Zaltbommel. They were on the crane to hang a Wijnen Bouwgroup banner on the building's facade when the accident happened. "They were attached to the crane with a line and wearing helmets. But then suddenly, for unexplained reasons, the whole box came down." Wijnen spokesperson Harrie Beukers said to the newspaper. "Incomprehensible". A total of eight employees were working at the hotel when the accident happened. The men's colleagues did not see the fall, but found the men lying on the ground after hearing a huge blow. According to Beukers, the accident had a massive impact on the employees. "The police and labor inspectorate are investigating the circumstances of the accident. At the moment our attention and sympathy go out to the families of the victims", Beukers said. Someren Mayor Alfred Veltman stated that this accident affected the entire community. "Someren is a cohesive society and a lot of people know the victims. This is very sad."