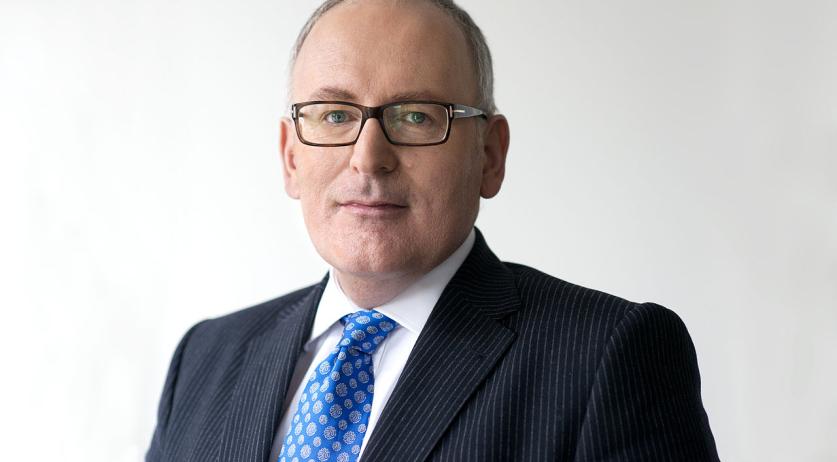 EU will not be blackmailed by Turkey, says Timmermans

Europe will not be "blackmailed" by Turkey's threat to terminate the asylum agreement with the EU if the visa requirement for Turks is not lifted quickly, European Commissioner Frans Timmermans said to German newspaper De Zeit. European Parliamentarians are debating the Turkey asylum agreement with Timmermans and Dutch State Secretary of Security and Justice Klaas Dijkhoff on Thursday morning. The asylum agreement, which Prime Minister Mark Rutte advocated for, entails that the EU can send asylum seekers arriving in Europe via illegal routes back to Turkey. In return EU member states will take in recognized refugees from Turkish asylum camps. The Eu give money to improve asylum shelter in Turkey. And the EU will quickly eliminate visa requirements for Turks wanting to come to Europe and accelerated negotiations for Turkey’s admittance to the EU. But the visa requirement can and will only be lifted if Turkey complies to all conditions attached to it, Timmermans said to the German paper. The country has until end may to demonstrate that they meet all conditions. As of last week, Turkey complied to 35 of the 72 requirements, according to the Volkskrant. As for accelerated negotiations on EU admittance, Turkey's policy on fundamental rights such as press freedom and freedom of expression is a problem. According to Timmermans, the country actually took a few steps back in those areas in recent years. The Turkish policy on freedom of press and expression has also been a topic of discussion in the Netherlands these past weeks. Last week the Turkish consulate in Rotterdam called on Turkish-Dutch to report any insult given to the country or its president. The consulate later stated that the email was sent in error, but not before causing a massive political commotion in the Netherlands. On Saturday Dutch journalist Ebru Umar was arrested in Turkey for insulting Turkish president Recep Tayyip Erdogan on Twitter. She was released again on Sunday, but is not allowed to leave the country.