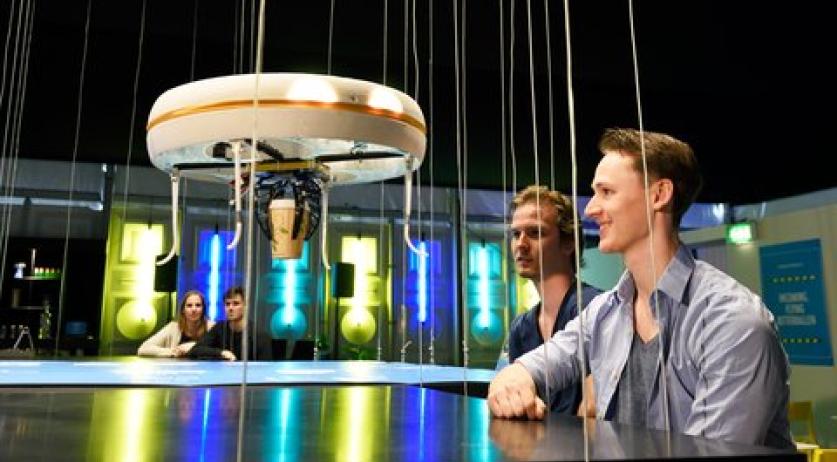 A number of domestic drones will be serving drinks at a pop-up cafe at TU Eindhoven this weekend. The world's first drone-cafe forms part of the Dream and Dare festival to celebrate the university's 60th anniversary. According to TU Eindhoven researcher Tesse Hartjes, the main intention for the drone-servers is to make people aware of how useful drones can be. She doesn't believe that drones will ever actually replace waiters. "We wish to show that drones can be helpful in assisting humans in daily life. Even indoors. The cafe is more intended to make people aware of that", she said to broadcaster NOS. A team of 20 students designed a new type of drone, called Blue Jay, specifically for indoor use. "Ordinary drones work outdoors via GPS, but that is not precise enough inside. So this one works with light. The drone's camera sees how the lights are spaced relative to each other and moves based on that information", Hartjes explained to the broadcaster. The drone can also process orders and communicate to other drones what drink to take to what table, according to Hartjes. The drinks are placed in a special gripper underneath the drone and then taken to the tables. The waiter drones will be working in the pop-up cafe from Friday until Sunday.