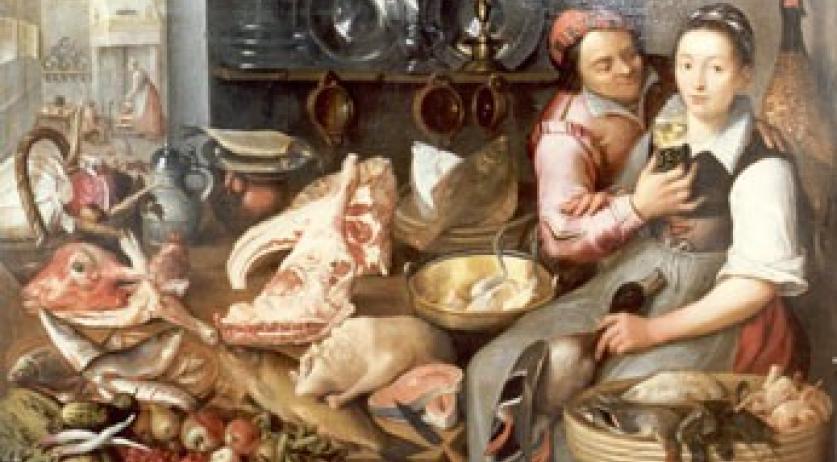 Paintings stolen decade ago from Hoorn museum recovered in Ukraine

Four of 24 paintings stolen from the Westfries Museum in Hoorn in 2005 were recovered in the Ukraine, the Ukrainian secret service SBU announced in a press conference in Kiev. And those four are "really the most prestigious and missed pieces", Ad Geerdink, director of the museum, said to newspaper Trouw. The four paintings involved are "The Peasant Wedding" by Hendrick Boogaert, "Kitchen Piece", by Floris van Schooten and "The Return of Jephta" and "Woman World" by Jacob Waben. Nothing was said about perpetrators or the location of the recovery. "From the footage of the press conference we understand that two were reframed and two are still in a rolled-up state", Geerdink said to the newspaper. If the four paintings are really the above-mentioned master pieces, the museum director is "enthusiastic", but he is "concerned about the state of the pieces." Judith de Jong, Cultural Affairs alderman in Hoorn, is happy and hopeful. "Of course we want all the works back, but this is a great start. We want to thank the cooperating police forces for the investigative work and congratulate them on this first success", she said to the newspaper. The 24 paintings, along with 70 pieces of silverware, was stolen from the Westfries Museum in January 2005. Last year one of the stolen paintings surfaced on a Ukrainian website. In December the museum announced that the stolen works are believed to be in a separatist region of the Ukraine. The combined value of the stolen paintings is estimated around 1.3 million euros, if they are in a good condition.