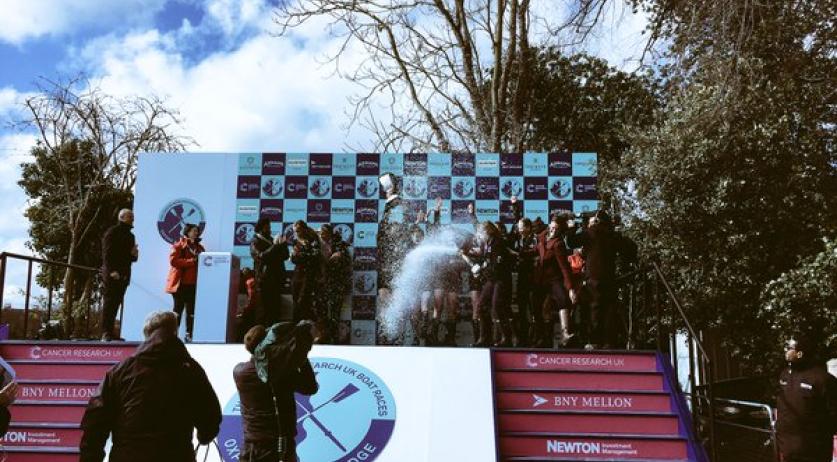 Dutch student Joanneke Jansen (23) was part of the Oxford women's rowing team that beat Cambridge University in the world famous boat race along the River Thames in London this weekend. "I'm so happy. This is what you do it for", Jansen said after the race, NOS reports. This was the 162nd edition of The Boat Race between the two English universities, and the 70th edition that included a women's race. The race attracts hundreds of thousands of spectators that watch along the banks of the Thames, and millions of people worldwide watch the race from BBC's live broadcast. Sunday's race was particularly difficult, with rough waters, winds and rains. But that worked out in Jansen's favor, she said before the race. "If the water is very flat, then it's more about power. I'm not the strongest and have to count more on my technique." she said. "The higher the waves, the harder it is. That's an advantage for me." While The Boat Race is a very much British event, an increasing number of rowers from other countries participate. But only on the condition that all participants study at one of the two universities.