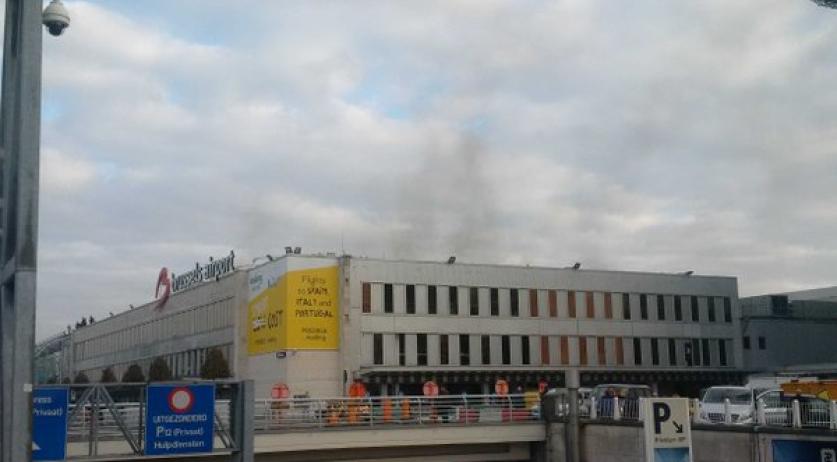 "Necessary security measures" are being taken on all Dutch airports following attacks in Brussels on Tuesday morning. The Ministerial Committee for Crisis Management is holding an emergency meeting in The Hague on the situation. Prime Minster Mark Rutte as well as Dick Schoof, the national counterterrorism coordinator, will attend the meeting. According to local media, at least 13 people were killed and 35 wounded in the explosions at Brussels Airport Zaventem and metro station Maalbeek. All Brussels residents were urgently advised to stay inside and not leave their homes. Public transit in the city was brought to a complete halt and tunnels towards the city center were closed, according to NOS. Schoof announced the extra security measures on Tuesday morning, adding that he is following the situation in Brussels closely, according to news wire ANP. The extra measures includes additional marechaussee patrols at Schiphol, Rotterdam and Eindhoven airports. The marechaussee, a policing force working as a branch of the military, will also perform extra controls on the border between Belgium and the Netherlands. Rutte called the news of the attacks "horrible" in a statement on Facebook. "Belgium was again hit by cowardly and murderous attacks. Our heart goes out to the victims and survivors and the Netherlands stands ready to help our southern neighbor in any way and to provide support", the Prime Minster writes, adding that he already made contact with his Belgian counterpart Charles Michel. "Much is still unclear, but what is certain is that there should be extra vigilance at this time; also in our country. We will take all necessary precautions", Rutte wrote. The Ministry of Foreign Affairs is sending two extra employees to the Dutch embassy in Belgium to strengthen the embassy team and offer support. Anti-Islam PVV party leader Geert Wilders used the attacks in Brussels to try and drum up support for two of his party's main positions. "We have to immediately close our borders and arrest and lock up Foreign rebel fighters returning from Syria. Safety of Netherlands comes first!" he tweeted. Some on Twitter criticized Wilders for immediately linking the bombings to Syrian asylum seekers, accusing him and his supporters of trying to claim that all those fleeing the war in Syria are actually terrorists. "Not everyone coming from Syria is a terrorist. This is definitely not the time to tweet something like that", one commented.

Parliamentarian Tunahan Kuzu called the attacks "disgusting. "Only deranged minds are capable of such atrocities. What is this world coming to?" he tweeted.