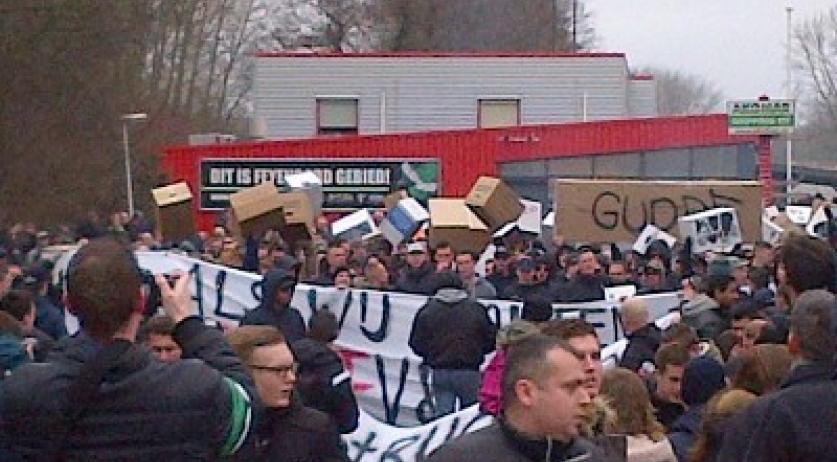 The National Ombudsman is investigating the mass arrest of Feyenoord fans surrounding a match between the club and Roda JC on February 21st. A total of 326 Feyenoord supporters were arrested while demonstrating at De Kuip against their club's management policy. "The investigation is a followup to the previous exploratory phase in which a first image was obtained on the events surrounding the match Feyenoord-Roda JC", the Ombudsman said to news wire ANP. "With this investigation we want to get a fuller picture of the events, speak with officials concerned and can request relevant documents." In 2008 the Ombudsman performed a similar investigation surrounding an incident in 2006, when nearly 800 Feyenoord supporters were arrested around a match against Ajax. In that investigation he condluced that public policy issues does not always have to be handled by criminal law. In this investigation the Ombudsman will determine whether the police in February acted in accordance to previous reports' recommendations.