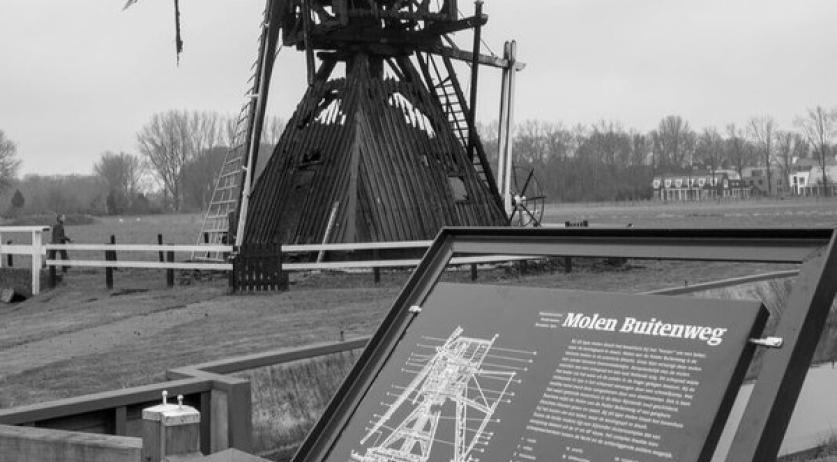 The police believe arson was involved in fires that destroyed a historic windmill on Nedereindesevaart in Oud-Zuilen and two cars in Maarsen during the early hours of Tuesday morning. Investigators are looking for witnesses. The police first received reports of a fire in Maarsen around 3:30 a.m. on Tuesday. The fire started in one car and quickly spread to a car parked next to it. The cars were prked near the bus lock on Zandweg. Both cars burnt out completely. About half an hour later, around 4:00 a.m., the police received a report of a fire in a windmill on Nedereindsevaart. The fire department managed to extinguish the fire quickly, but unfortunately could not prevent the historic mill burning out completely. The police believe arson is involved and launched an investigation to see whether the two car fires and the fire at the mill are connected. According to the Telegraaf the windmill involved is a wooden mill from the 19th century. It was the smallest mill in the province of Utrecht.