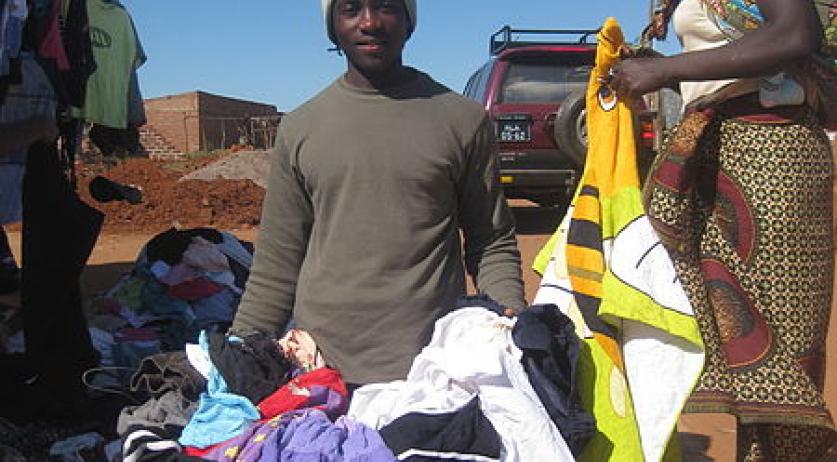 An increasing number of African countries wants to impose a ban on second-hand Dutch clothing, in an effort to boost their own textile industry. But according to nonprofit organization Sympany, all this will do is help China flood the African market with cheap clothing, broadcaster NOS reports. South Africa, Nigeria, Ethiopia and Zimbabwe already imposed such a ban. And now another six East African countries, including Rwanda, Kenya and Uganda, wants to follow suit. The six countries in the East African Community wants to impose a ban on second hand Western clothing and shoes within the next six years. According to these countries, the imported clothes are so cheap that local producers can not compete. They hope the ban will give a boost to the leather and textile industries, which are crucial in creating job opportunities and reducing poverty in East Africa. But Marc Vooges, director Sympany, worries that this will not work out as the African nations hope. He does not believe that this ban will boost the African textile industry, and thinks that all it will do is give Chinese clothing manufacturers more of an opportunity to flood the market with cheap clothing. "Africans actually have a big need of good second-hand clothing", he said to the broadcaster" "This will not help the African industry." Sympany is one of the Netherlands' biggest nonprofit organizations. It collects second hand clothing, which it then sells to fund nonprofit projects in Africa and India. According to Voogers, about a quarter of the clothes collected in the Netherlands go to African countries.