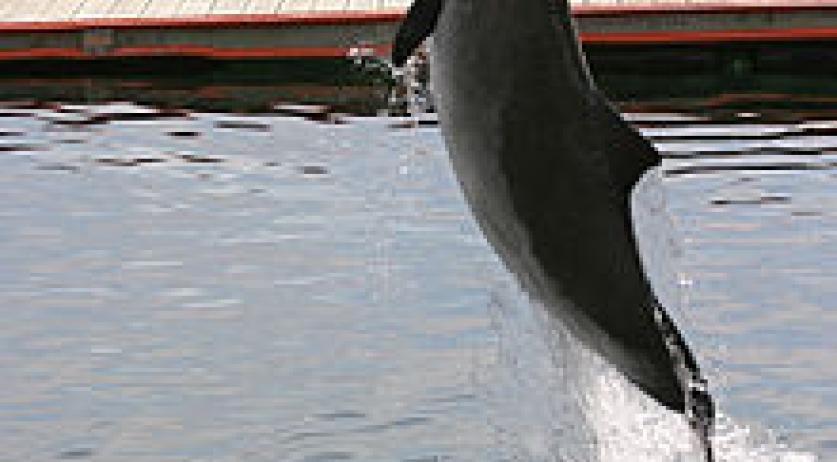 Five Friesland residents confessed to their involvement in the mutilation of a pregnant porpoise found in Sexbierum, Friesland last week. The mammal was ripped apart on February 29 after it was likely dragged behind a moving car, and its unborn calf was found dozens of meters away. It was possibly deceased before the incident happened. Authorities interrogated a 21-year-old man from Minnertsga, an 18-year-old man from Heeg, and three boys from Bolsward, IJlst and Sûdwest-Fryslân. The three are all aged 17. Each of the five appeared at the police station voluntarily. “They all stated they were involved in one way or another,” authorities said in a statement. Police are hopeful that a sixth suspect will soon answer questions as well. The Faculty of Veterinary Medicine at Utrecht University conducted a pathological investigation on the porpoise to determine its cause of death. They found that the mammal was not healthy and probably dead before the men found it. Its head was sheared off its body when the suspects pulled it from the water, the investigation showed. The fetus and the porpoise’s internal organs were separated as it was pulled further from the area behind a car. “At this point, the five suspects were so frightened that they ran off. They explained that it was a reckless act, and they had not thought ahead of the consequences,” police said. Investigators are working with the prosecutor’s office to determine a punishment, police said. A citizen alert following the discovery reached 238 people, of which nine provided tips to the police. Three other reports were filed anonymously.