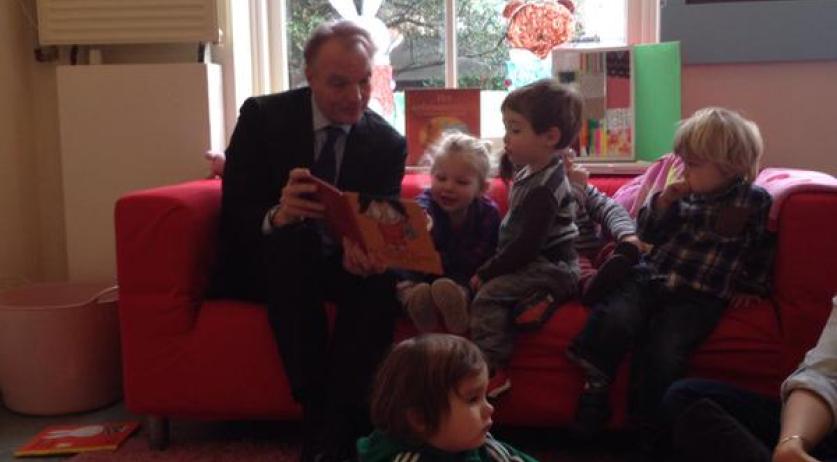 Child advocate was asked to resign in secret

National Ombudsman Reinier van Zutphen asked Children's Ombudsman Marc Dullaert to secretly sign a resignation letter last year. He also withheld information regarding his reorganization plans from the Tweede Kamer, lower house of parliament, the Volkskrant reports based on information from Dullaert himself as well as other sources. According to the newspaper, Van Zutphen told Dullaert that he will nominate him for another 6 year term as Children's Ombudsman, but only if Dullaert signs a resignation letter guaranteeing that he would leave within a year. In this way Dullaert could serve out his presidency of the European Association of Children's Ombudsmen, even though Van Zutphen wanted to get rid of him. Dullaert refused. "I said, explain the situation to the parliamentary committee and let them judge whether I should stay on another year", he said to the Volkskrant. When asked, Van Zutphen told the newspaper that "multiple scenarios were discussed". After that, in a closed Kamer meeting on the future of the Children's Ombudsman on January 13th, Van Zutphen concealed his plans for far-reaching reorganization, according to the newspaper. And in a followup meeting on February 3rd, Van Zutphen refused the parliamentarians' request to let the Tweede Kamer vote on extending Dullaert's term with one year, instead of the usual six. Van Zutphen eventually decided not to nominate Dullaert for another term, to much consternation from the public. Some 40 thousand people signed an online petition to keep Dullaert in his position as Children's Ombudsman in the weeks following the announcement that the will not get another term. According to the Volkskrant, VVD MP Joost Taverne was "furious" at committee president Pia Dijkstra (D66) at the meeting on January 13th because she invited Dullaert to come explain why it is necessary to extend his term. Several sources, including some within the VVD, told the newspaper that the VVD leaders want to get rid of Dullaert because he is too much of an "activist", "particularly on the asylum file".