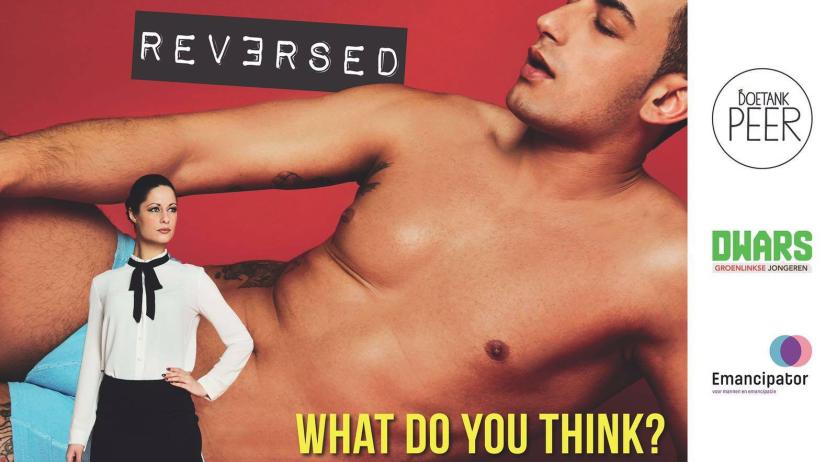 In response to a controversial SuitSupply ad campaign showing well-dressed men sliding off a woman's bare breasts, the youth members of GroenLinks decided to reverse the roles. They did so by hanging posters of a half naked man and a professionally dressed woman standing triumphantly in front of his genitals. The GroenLinks youth division DWARS decided to hang the posters on Tuesday, as it is International Women's Day. "Women should be sexy for men often seems to be the trend. We rarely see it the other way around. We want to make people think with our poster", DWARS president Lyle Muns said to the Groningenr Internet Courant. Muns added that they are not against campaigns featuring naked women, but hey think marketers should be aware of the patterns they work with. "Too often women are reduced to the personal sex toy of the man. Women and men can only be truly free when a role is not forced on them based on their gender." The posters are distributed in a number of Groningen cities. The action was planned and executed in cooperation with Emancipator, Doetank Peer and television program Jan Rijdt Rond.