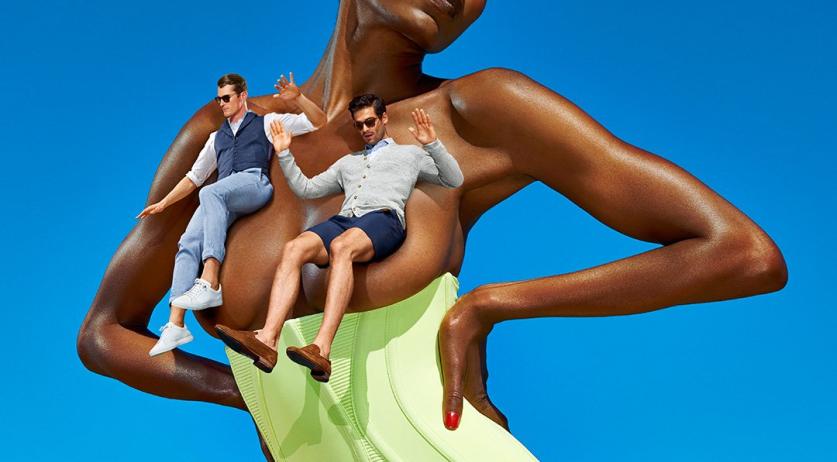 A protest against Amsterdam fashion brand SuitSupply's controversial new ad campaign is happening in the capital city on Friday. More than 700 people indicated that they will be participating in the protest on the event's Facebook page. SuitSupply's new ad posters show a bare-chested woman with two men sliding down her body. The protesters feel that this is objectifying the female body. "It is worrying that so many people think adds like these are not harmful. What is sold here suggests that women are sex objects, objects that can by used by the man. There is a relationship between this type of poster and the collective idea that a female body is still a sexual ting and may be appropriated by society", can be read on the Facebook page. The protesters plan to vandalize the advertisements across the city.