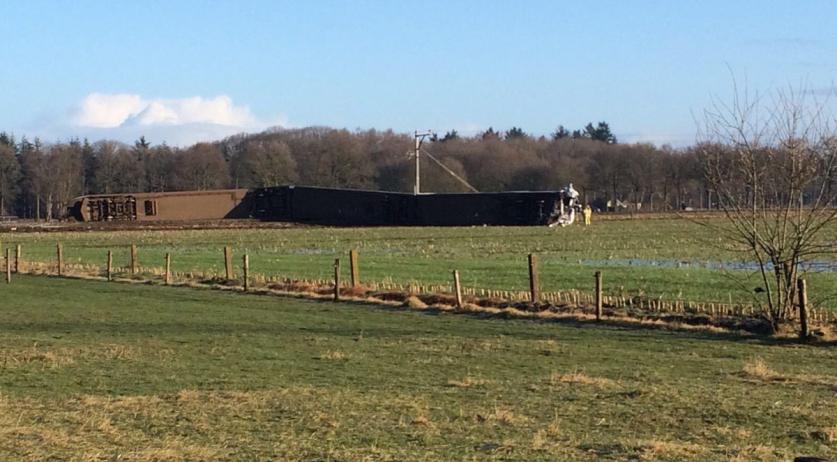 Train engineer killed in derailment was new to the job; well-regarded at home

The train driver that was killed when an Arriva train crashed into a crane in Dalfsen on Tuesday, is a 49-year-old man from Kampen, the police announced. Kampen mayor Bort Koelewijn confirmed that his name was Eric Breet. Colleagues and friends are shocked by his death, according to De Stentor. 't Kroegje, where Breet used to hang out, was full of consternation at the news of his death on Tuesday. Breet was relatively new to the job, only trained to be a driver in 2012. According to Ties Wildeboer, chairman in the VVMC on behalf of Arriva drivers and stewards, many colleagues will be mourning the events in Dalfsen for many days to come. "I know them and know that this is a very close group", he said to De Stentor. According to the police, the two injured people that were taken to the hospital are a 54-year-old woman from Zwolle and a 53-year-old conductor, also from Zwolle. The other passengers that were slightly injured and treated on the scene are from Zwolle and Dalfsen. The accident happened around 8:50 a.m. on Tuesday. The train hit a crane that was trying to cross the tracks at Het Lageveld. The train derailed and mostly ended up in the adjacent field. The police launched a criminal investigation into the circumstances of the accident. The crane operator, a 21-year-old man from Zwolle, was detained. Rail manager ProRail is already working on cleaning up the scene of the accident, broadcaster NOS reports. One of the train carriages has already been removed. The others will follow during the course of the day. ProRail hopes to finish the clean up today. The damage to the track can only be tended to once the train is towed away. Until then there is no rail traffic between Zwolle and Ommen.