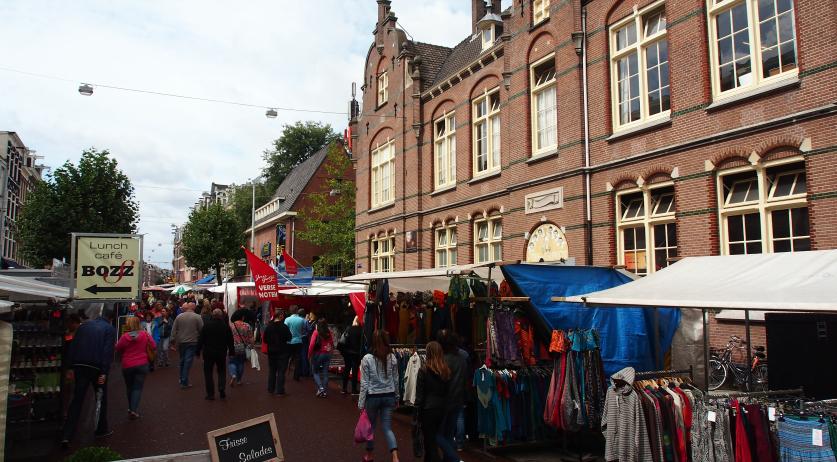 The owners of two cafe's on Albert Cuyp are furious about Amsterrdam-Zuid's decision to ban their terraces from the street market effective this weekend. "This is the death knell for my business", cafe owner Stefan Bos said to the Telegraaf.  This decision affects Cafe Bozz and Cafe Moos. They've been serving the market from their bars for eight and ten years respectively, paying the fees and booth rentals necessary to do so. According to Zuid, seating was illegal in the old regulations, but the new rules provide space for tables and chairs connected to stalls. Provided that the food be prepared on the spot. This means that the terraces aren't needed. "So because I serve from a cafe behind the stall, it is not allowed anymore. Where is the justice? The side streets along the Cuyp bulge out from the terraces. If there is soon a stall with clothes in front of my door, absolutely no one will see our cafe anymore. Then I'll be bankrupt within a few weeks", Bos said to the newspaper. A spokesperson for district Zuid said that the new rules will not be enforced immediately - there will be a transition period.