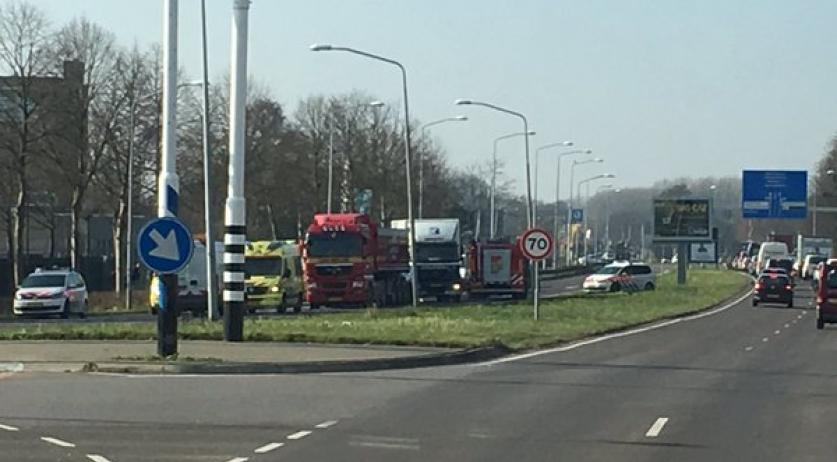 Many hurt after bus and trucks collide in Hoorn

Several people were injured in an accident involving a bus, two trucks and a car in Hoorn late on Wednesday morning. The accident happened on Provincialeweg, a police spokesperson said to RTV Noord-Holland. Emergency services are at the scene. The exact number of injured people is unclear. According to the police, all injuries seem to be minor. A number of people were taken to the hospital for a checkup, others were treated at the scene, according to NU. The cause of the accident is unknown. The police are investigating. Once the investigation is complete, the damaged vehicles will be towed away. According to traffic information service VID, the road in the direction of the city center is closed down completely, which may lead to traffic on the A7.