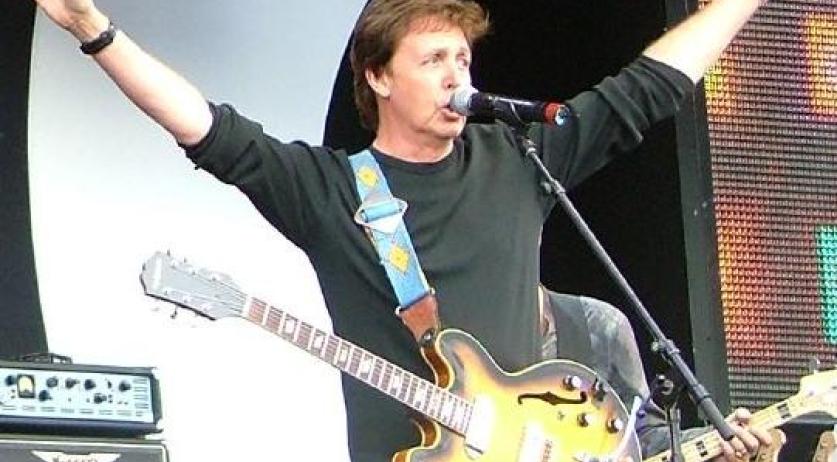 Rock music icon Paul McCartney officially confirmed rumors that he would be the signature headlining act at this year’s Pinkpop festival in Landgraaf, Limburg. The 73-year-old singer songwriter will close the three-day festival on June 12 in his first appearance at the event. German metal band Rammstein and American rock band Red Hot Chili Peppers will bring to a close the first two nights of Pinkpop this year. “I love a festival audience and we plan to close Pinkpop with a massive party,” he said in a statement. The singer turns 74 the week after his performance. “I’ve not done a festival in the Netherlands before so it will be an exciting new experience for me and for the audience, so we can all rock out together. Get ready Pinkpop we’re on our way. See you in June.” Festival organizer Jan Smeets also made the announcement on Monday, a follow-up to his claim last week to have reached an oral agreement with McCartney’s management. “I am very proud that Sir Paul McCartney, one of the world’s greatest artists will play at Pinkpop,” he said. “An artist who was never on our wish list because we never thought it would even be possible! A Beatle at Pinkpop, it's almost unbelievable.” Smeets founded the annual festival in 1970.