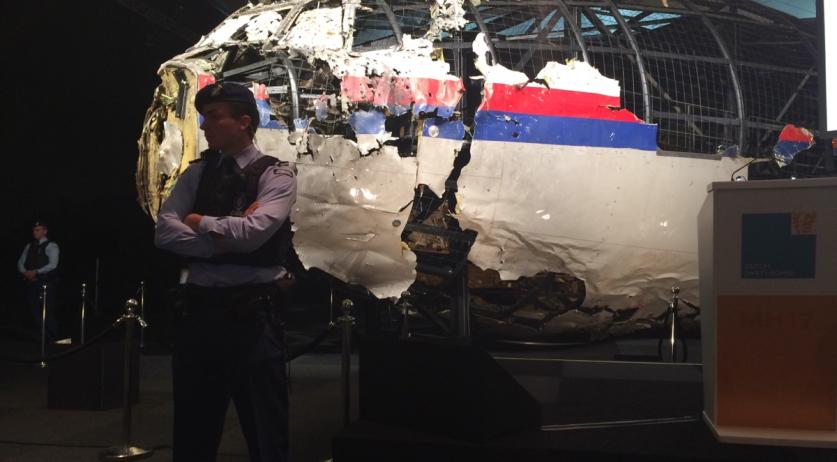 Three Dutch news agencies are taking the Ministry of Security and Justice to court, demanding that the government release more information about the Malaysia Airlines flight MH17 disaster.  On Tuesday the Administrative Court in Utrecht will address arguments in the case, jointly filed by the Volkskrant newspaper, and broadcasters NOS and RTL Nieuws. Shortly after the downing of the Malaysia Airlines flight different news organizations independently filed Freedom of Information procedures in order to reconstruct the government's actions following the disaster on July 17th, 2014, according to the Volkskrant. In February and April 2015 the Ministry of Security and Justice released a number of ministerial and official committee reports, but large parts of the texts were blacked out. The Ministry gave two reasons for the blacked out text. Firstly that releasing all the information would make contact with "other countries and international organization more difficult" and secondly that it would "hinder the free exchange of arguments" between employees. The intent behind the Freedom of Information Act is that government information should be accessible. There are exceptional situation in which the government may decide not to release certain information, such as officials' "personal opinions on policy" may be blacked out. But all facts must be disclosed. The three news organizations state that the Ministry of Security and Justice denied them information on false grounds and used its "black marker" way too freely. "Given the social impact of the disaster with MH17, it is very important that the government is transparent about its efforts in the aftermath of this disaster", said Philippe Remarque, chief editor of the Volkskrant. "For journalists this openness is essential for monitoring the government's activities." According to Pieter Klein, deputy editor of RTL Nieuws, the "politics of the black marker" frustrates journalistic work. "That seems to me to be unworthy of an open, democratic society." According to Jan van der Grinten, the lawyer acting on behalf of the three news organizations, the government is misusing the exceptional conditions clause in the Freedom of Information Act to not disclose information. "Facts are, by definition, not personal opinions on policy", the lawyer said in the Volkskrant. According to him, in the MH17 freedom of information procedures, information was blacked out that fall under the headings "facts", "description of the situation", "fact sheet" and planning". He feels that this case exemplifies the problem with this Act. "You do not know exactly what we can not know, because that information is blacked out. But you get the feeling that the government does its very best to prevent the sharing of information. And that while the principle should be: transparency, unless."