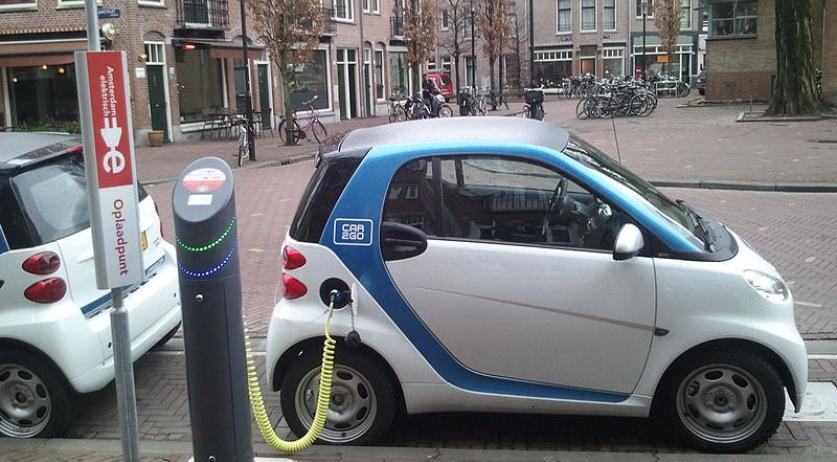 Amsterdam aims to be first emissions-free city in Europe

Amsterdam plans to be the first city in all of Europe to be completely emissions free. The Amsterdam mayor and aldermen released a set of measures on Friday to help achieve their goal of clean, emission-free transport by 2025. "Although air pollution has many sources, it is specifically in the traffic area that the city can take effective action", Abdeluheb Choho, alderman of sustainability, said. "That realization is widely shared in Amsterdam." In drafting the Measure Pack Clean air for Amsterdam - towards an emission free 2025 the city worked closely with the so-called "frequent drivers" - business life, taxi industry and tour industry - because it means that they will have to do away with their current vehicles in the new future. Because switching over to new, clean transportation can have quite an impact on an individual level, the measures will be introduced gradually over time, in consultation with stakeholders. An environmental zone will be put in place in the city in 2017 denying access to vans manufactured before 2000. And in 2018 the environmental zone will also apply to taxis made before 2009, tour buses made before 2005 and scooters made before 2011. For passenger cars, new parking permits will only be issued to petrol cars manufactured after 1992 and diesel cars manufactured after 2005. Nothing changes for current permit holders, and those currently on the waiting list will still get their permit for the car they applied for. To encourage the transition to cleaner transport, the city will introduce a number of perks for clean driving. There will be a subsidy for electric vehicles. The number of electric charging points will double to 4 thousand in 2018. The municipality is looking into suitable tax deductions for electric scooters. And electric cars will get certain privileges, such as priority for clean taxis at the taxi stand behind Amsterdam Central Station.