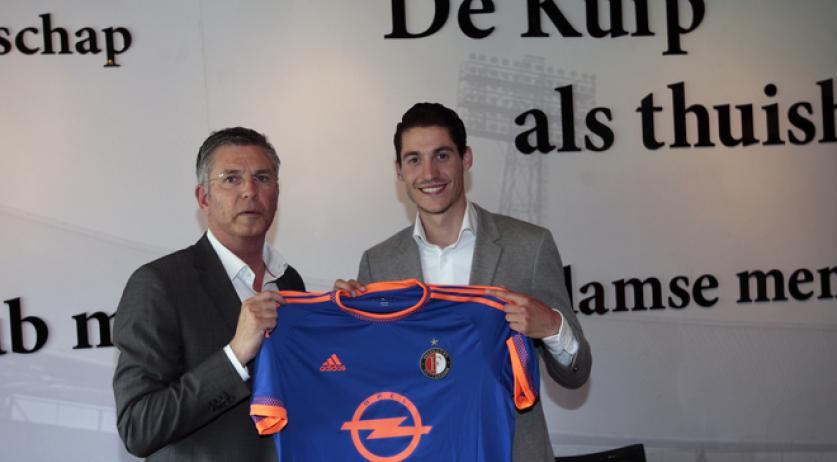 Update, 9:30 a.m., 1 February 2016: More information was released by the police department, and was added to the story below. Seven people were arrested by Sunday morning after a group of likely Feyenoord fans showed up outside the home of team midfielder Marko Vejinovic and shouted death threats at him. One of those arrested already confessed, according to De Telegraaf. Vejinovic was at his Kralingen home with his wife at the time, police said in a statement. While the occupants of two cars made their threats at about 11:30 p.m., she immediately notified authorities giving them details of the vehicles. Police quickly arrested two 20-year-olds and an 18-year-old on Charlotte de Bourbonlaan after pulling their car over. The four occupants of the second vehicle were arrested Sunday. Two are aged 20 and the others are 19. All seven suspects reside in Rotterdam, police stated. More arrests are possible, the newspaper said. Feyenoord supporters also turned up outside forward Michiel Kramer’s house. Kramer heard noises in his garden late at night last week, and when he went out to investigate he saw a car with several men drive off while they shouted at him to “fuck off” from Feyenoord. The Rotterdam team has lost five consecutive Eredivisie league matches, a first in team history. Kramer did not play in Sunday’s 0-2 loss to ADO Den Haag. Vejinovic did come in as a substitute at the 75th minute. The two were rumored earlier in the week to be scratched from the roster after taking injuries in Thursday’s loss to Heerenveen. Both players joined the team this season. Feyenoord paid a transfer fee of over 3.5 million euros to acquire Vejinovic from Vitesse.