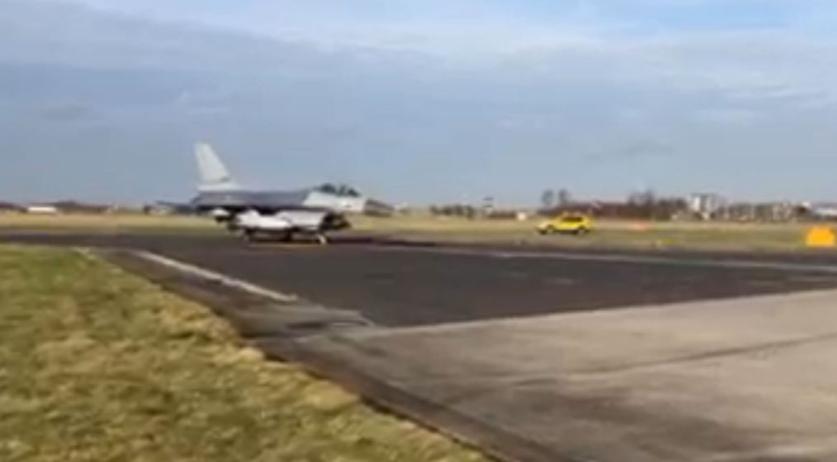 F-16 Fighter jets fly from Schiphol in first ever drill

Two F-16 fighter jets from the Royal Air Force landed at Schiphol airport for the first time ever on Tuesday, Het Parool reports. The intention for the visit was to test procedures, including contact with Air Traffic Control at Schiphol. "It is mostly about the transfer from military to civilian air traffic control over day at landing and then at takeoff", a spokesperson for Air Traffic Control Netherlands explained to the newspaper. Traffic controllers provide direction signs as the military aircraft approaches, which is usual during the day for all aircraft. Unusual is that the F-16's also get directions at takeoff. "On departure civilian aircraft in principle get no directions, they follow standard routes. F-16's have other navigation equipment, so they cannot follow Schiphol's flight paths." According to the airport, the F-16's will depart again around 2:00 p.m. The official Schiphol video can be viewed here.