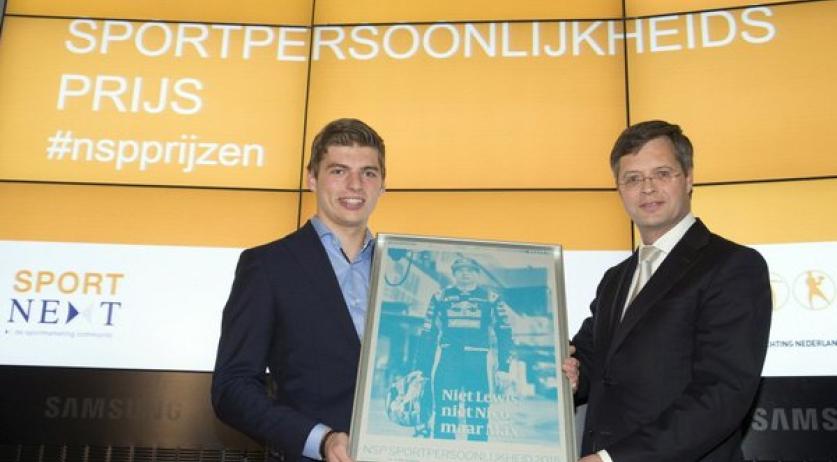 Teenage Formula 1 star Max Verstappen was named Sports Personality of 2015 by the Netherlands Sports Press foundation on Monday. The jury especially praised the 18-year-old Toro Rosso driver for his professional appearances in the media, NU reports. "Max Verstappen skyrocketed in the sports world and in 2015 spoke to the media if not daily, then certainly weekly in all forms and on all continents", according to the jury report. The jury calls his behavior "professional and respectful". "All that in words which sports enthusiasts from Maasbracht to Melbourne and Montevideo could understand." "The jury wishes Max Verstappen all victories and titles ascribed to him, but that he couples the triumph with a continuation of the specil cooperation of Max with national and international media", the report continues. Verstappen succeeds Arjen Robben as the sports personality of the year. Robben made a video from Qatar where he is on a training camp with Bayern Munchen to congratulate Verstappen. "I think this is a nice recognition by the sports press. Keep it up, stay yourself", he said. "And hopefully soon another title in a fast car." On Twitter Verstappen states that he is "very honored to follow in Arjen Robben's footsteps as sports personality of the year 2015."