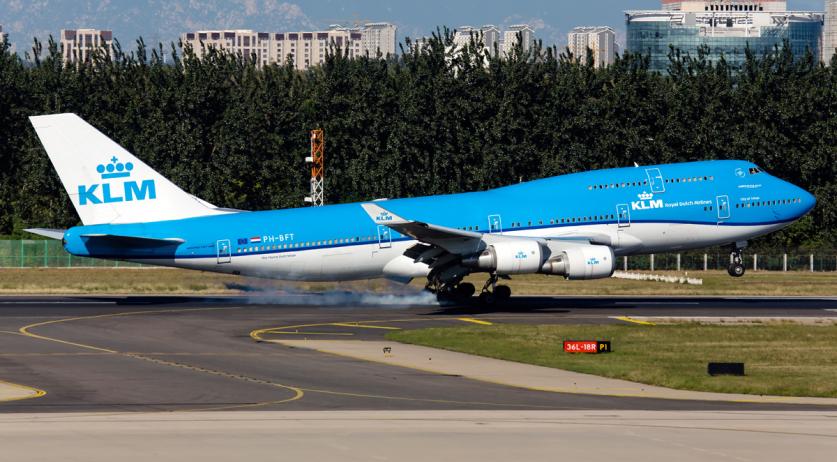 A KLM crew member was stabbed by a disturbed Chinese passenger on flight KL897 from Amsterdam to Beijing on Sunday, the Telegraaf reports. According to passengers, the Chinese man stabbed one of the pilots. He sustained minor injuries. The passenger lost it near the cockpit and started stabbing wildly around him. It is unclear whether he used a piece of glass or a knife he managed to sneak on board. "It was a frightening situation" one passenger said to the newspaper. "The madman also injured himself and was brought to the ground by passengers and crew." The pilot decided that an emergency landing was unnecessary. The disturbed passenger spent the rest of the flight cuffed to a chair. A KLM management spokesperson would not confirm that a pilot was injured, but did confirm the stabbing. "Our staff intervened quickly and effectively when things went wrong with this man", the spokesperson said to the newspaper. "The flight safety was not compromised and the aircraft landed without problems in Beijing."