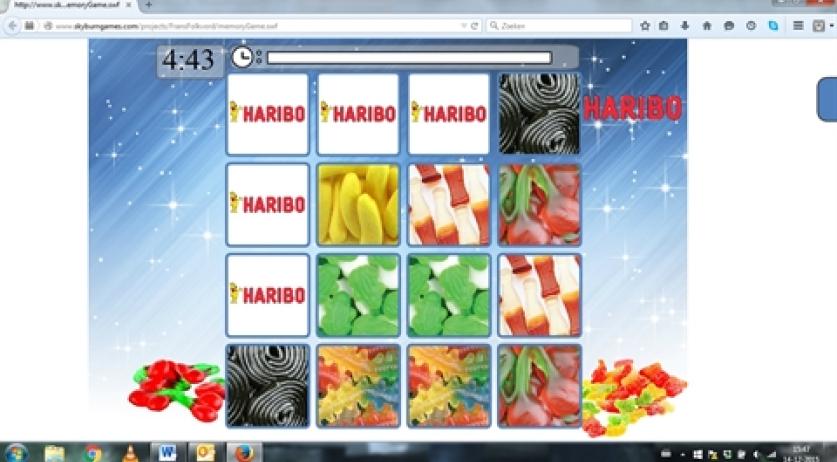 Online games advertising food make children eat more, according to a study done by Frans Folkvord, a behavioral scientist at Radboud University. Kids who played an online game with food advertisement hidden in it ate 55 percent more of the offered sweets than the kids who played games advertising toys. Two thirds of primary school age kids play online games that are made to advertise a brand at least once a week. Most of these games advertise snacks and sweets, according to the study. Only 6 percent of the kids even realize that it is in fact an advertisement. But the games still have an influence on their behavior. Folkvord tested the effects of such hidden online food advertisements on the eating habits of more than a thousand kids. He had the kids play different online games and then offered them candy in a five minute break. Children playing food games ate 72 calories more than the kids in the control conditions. "Unlike on television, where you have clearly defined commercial breaks so you can guard yourself against temptation, advertising on the internet is mixed with other things. Websites of food manufacturers have games which also gives kids the option to share them with their friends." Folkvord said. The behavioral scientist also discovered that kids don't recognize advertisements even if the brand names or logos are obvious. He also noticed that it does not matter whether the game is about candy or fruit, either way the kids eat more. Folkvord wants to start a debate on banning advertising to children and is working on this advice for the European Union with the University of Barcelona. "Children play a game, get hungry, reach for a snack. This happens constantly and does not teach kids healthy eating habits. And my research also showed that overweight children are extra influenced by these ads."