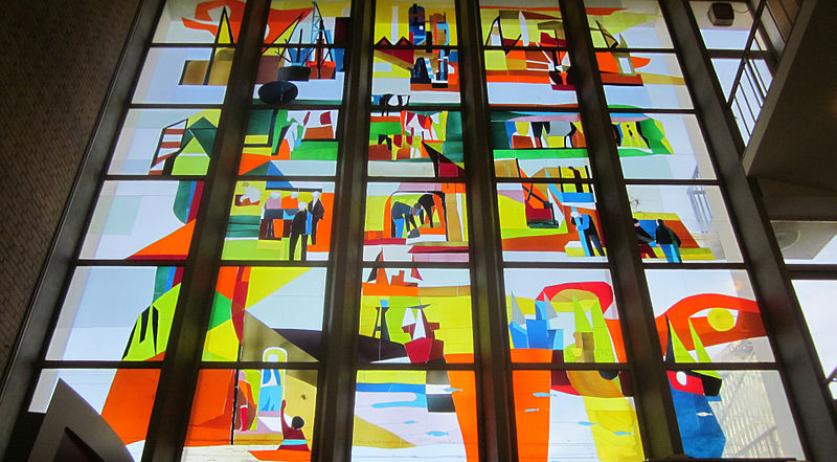 Post-World War II Dutch artworks are disappearing into trashcans with the buildings of the era being demolished, often without any, according to heritage society Heemschut. The society wrote a letter to the Amsterdam city council asking that the art in existing buildings be protected or relocated as soon as possible, Het Parool reports. The disappearing artworks include murals, glass works and mosaics by artists like Lex Horn, Karel Appel, Ossip Zadkine and Peter Struycken. "Unknown makes unloved. They just throw away", Meinke Horn, daughter of Amsterdam artist Lex Horn, explained to the newspaper. "Everyone destroys reconstruction art, without anyone realizing what's happening." In early April Horn found and stopped plans of the Leiden University to demolish a three part sgraffito, or embossment, by her father along with the Biochemical Laboratory. Currently she is fighting to reinstate two of her father sgraffito rescued from the Swammerman Institute. About half of her father's 66 monumental works are already gone. "Municipalities and companies often have no idea what they have at home", Horn said. This is happening in almost all municipalities. In Amsterdam the art is initially saved and stored, but often disappears from the storage space at a later time, according got Norman Vervat of Heemschut. Utrecht is the only municipality to save all "art with a message" from reconstruction and relocate it elsewhere. Heemschut established a national working group Monumental Art, with the goal of stopping the reconstruction art disappearing.