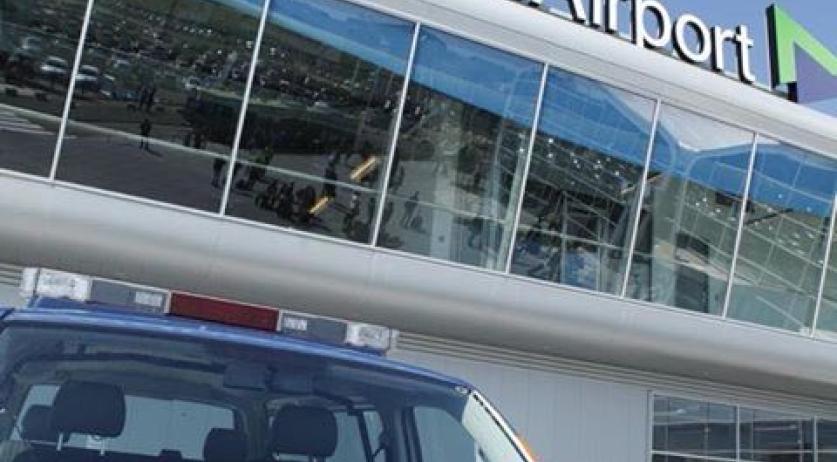 Two Serbian men were arrested at Eindhoven Airport on Tuesday last week in connection with robberies in Germany and Austria respectively, the Public Prosecutor announced on Friday. The Koninklijke Marechaussee, Royal Military Police, arrested a 43 year old Serbian man who is wanted in connection with robberies committed in Germany. He has an European arrest warrant against his name and will soon be handed over to the German authorities. The Marechaussee also arrested the 34 year old man who was waiting at the airport for the first man. He was in possession of a fake passport and driver's licence. The man claimed that he was a refugee from Croatia and could therefore not prove his identity. But a check on his fingerprints revealed that he was in fact a Serbian man wanted by the German authorities for his involvement in armed robberies in Austria. He still has to serve a five year prison sentence for those crimes. The Marechaussee believe that the 34 year old man only claimed to be a refugee to escape punishment for having a fake passport. The Supreme Court recently ruled that refugees traveling with fake identity documents in order to reach a safe country, will not be prosecuted while their asylum process is ongoing.