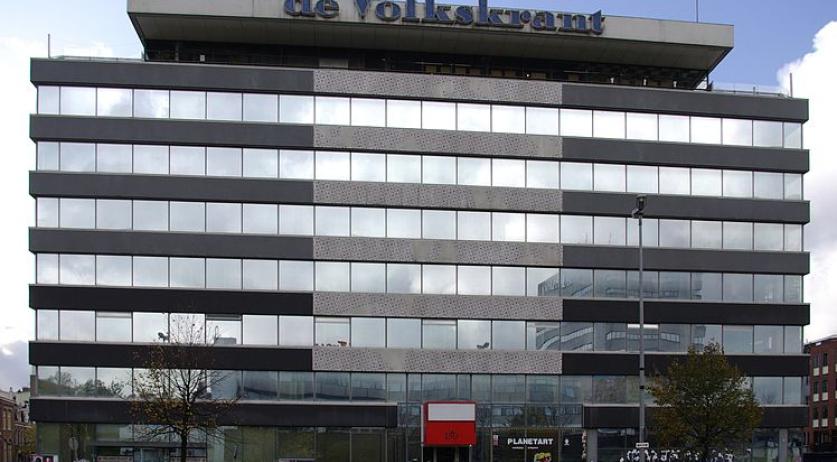 Philippe Remarqu, chief editor of Dutch newspaper the Volkskrant, has published a letter on the newspaper's website in which he apologizes for plagiarism committed by one of their young interns. "This is an unacceptable mistake. I offer our apologies to the readers, like the authors and media whose work was abused", he writes. According to Remarqu, the intern involved is Geerlof de Mooij. After long consideration, the newspaper decided to release his name for transparency on which articles are involved and to avoid any of its other journalists being suspected. De Mooij published a number of articles over the past few months in which some paragraphs turned out to be copied from other domestic and international media, such as NRC, the Financieele Dagblad and The Guardian, the editor writes. He did not name his sources and quoted statements as if they were made to him. The most serious case by far, according to the chief editor, is a copy-pasted interview with one of the executors of the Srebrenica massacre, the Bosnian Croat Drazen Erdemovic, which was published on July 11th. De Mooij claimed that the interview took place telephonically. It now turns out that it was copied from the book They would never hurt a fly by Slavenka Drakulic, the play A patch of earth and Erdemovic's statements to the Yogoslavia Tribunal. De Mooij was dismissed when the plagiarism was discovered late last week. All his articles are currently being investigated, with his assistance, Remarqu writes. So far it seems that roughly a third of his pieces include plagiarized paragraphs. "We bear full responsibility for it. I and other executives at the newspaper did not pay enough attention when a young intern turned out to write remarkably well and lots." Remarqu writes. In July the editors noticed that De Mooij had quoted from a NRC article with out attribution and spoke to him about it, thinking it a rookie mistake. "We should have been more alert after that." De Mooij's articles will be available on the Volkskrant's website for two weeks and then be removed from the site. The Ombudswoman working on the investigation will give more details on the plagiarism case on Saturday. Remarqu emphasized that the responsibility, and therefore the accountability, lies firstly and foremostly with the newspaper. "I am baffled by this deception. But I also consider it a personal tragedy for a young man, who expressed much regret about his actions."