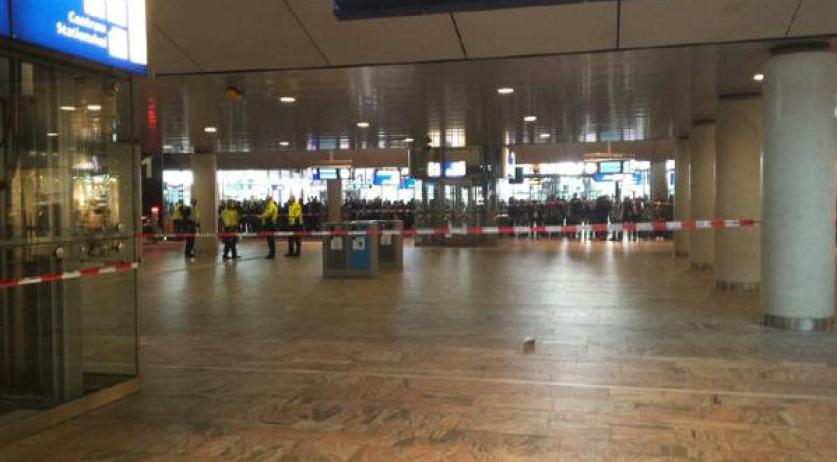 The suspicious passenger who caused the evacuation of a Thalys train and the closure of Rotterdam Central Station on Friday morning, was unarmed. So far the police have not found any weapons. What exactly the man's intentions were is unclear, but there is speculation that he was simply a ticketless passenger. The man caused major havoc with train traffic on Friday morning by jumping onto the Thalys train at the Rotterdam station just before departure. He locked himself into the train's bathroom. First the train and surrounding platforms, and later the entire station, were evacuated while the police tried to get the man out of the bathroom. The police finally managed to get the man out of the train bathroom, with the help of a negotiator, a SWAT team and a police dog, and arrested him. He started hyperventilating and was taken to the hospital by ambulance. Officers found the suspect's backpack in the train and called in the Explosive Ordnance Disposal squad to investigate. The police confirmed that nothing dangerous was found in the backpack, only personal items. The drama started around 7:15 a.m. on Friday morning. The police started taking down safety measures and releasing Rotterdam Central Station around 1:00 p.m.