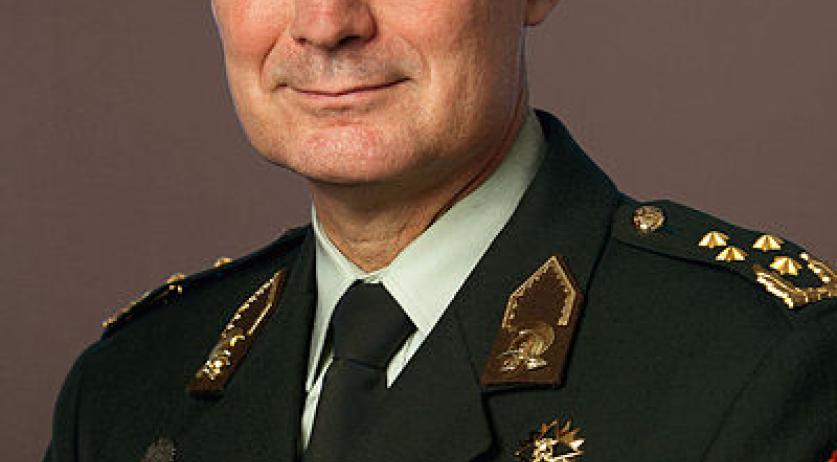 The increasing number of conflict zones around Europe has the Dutch armed forces stretched to its limits, Tom Middendorp, Commander of the Armed Forces, said in an interview with the Defensie Krant. "Demand exceeds supply and I must regularly say 'no' or limit our contribution. We are really balancing on the edge", Middendorp said, adding that this is particularly felt with the Defense staff. "The workload has gone up considerably, there is a major demand on our people. This is felth throughout the organization." According to the Commander, they are working hard to eliminate deficits in both people and resources, but that takes time and money. He believes it is crucial to strengthen the organization, by bringing stock to acceptable levels and increase the material availability. Given the deteriorating security situation, the strengthening is "so desperately needed". "The politics recognize this." Middendorp said. "In recent years we have already received money to alleviate the worst pain. The minister is working very hard to continue this line." After Defense budget cuts a few years ago, the Ministry's budget is steadily being increased. But not enough, according to a manifesto by former ministers that was handed to Defense Minister Jeanine Hennis Plasschaert in April. These former Ministers believe that Defense will need an extra 1.5 billion euros in the coming years in order to effectively work against threats. Middendorp will be Commander of the Armed Forces for the next two years, and he will put in "200 percent" to increase supporft for Defense. "We desperately need public support to strengthen the armed forces, to be able to cope with the threats, but also to contribute proportionately to our safety policy; the NATO alliance."