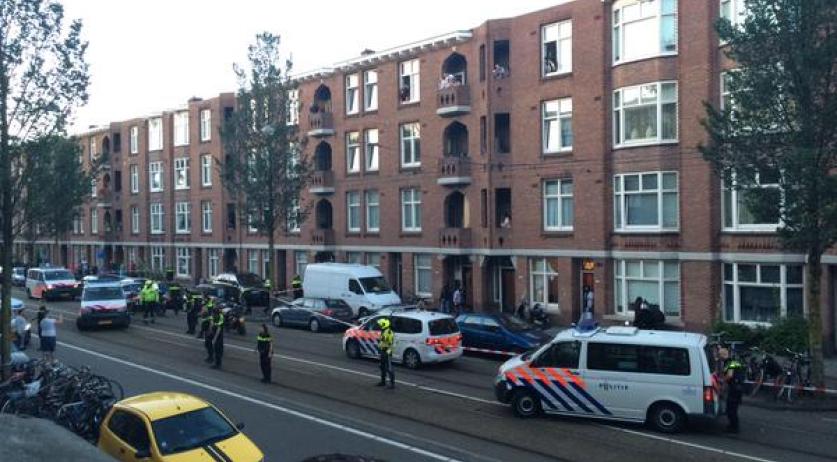 The police raided a home on Admiraal de Ruijterweg in Amsterdam-West on Tuesday night looking for escaped convict Ali Benhadi. Terrified neighbors said on Twitter that shots were fired. The raid happened around 9:30 p.m. The police reported that Benhadi was not present in the house and no arrests were therefore performed, Het Parool reports. Benhadi escaped from a psychiatric institution in Den Dolder last week Tuesday. He had been imprisoned since September last year, when the Amsterdam court sentenced him to 3 years. After his escape, the police warned that Benhadi is dangerous and should not be approached. They believe that he may return to Amsterdam-West, where he lived prior to his arrest. Several sources told the Parool that the raided house belongs to Benhadi's mother and is his childhood home. On Twitter neighbors reported hearing shots and seeing many officers surrounding the home. According to the newspaper, this is the second time the police raided the Benhadi family's home. On March 19th, 2013 the house was searched with the help of Defense Specialists, who used equipment to look for hidden areas. During that search the police found a Glock pistol hidden in a freezer. At the time at least five members of the family were suspected of drug trafficking and money laundering, but the case ran into a dead end. Behnadi's older brother, Anouar Behnadi, was sentenced to life in prison in May this year for connections to the underworld and the assassinations in Staatsliedenbuurt in December 2012. The pistol found in the freezer was used as evidence against him. https://twitter.com/AlptekinAkdogan/status/623591534114512900