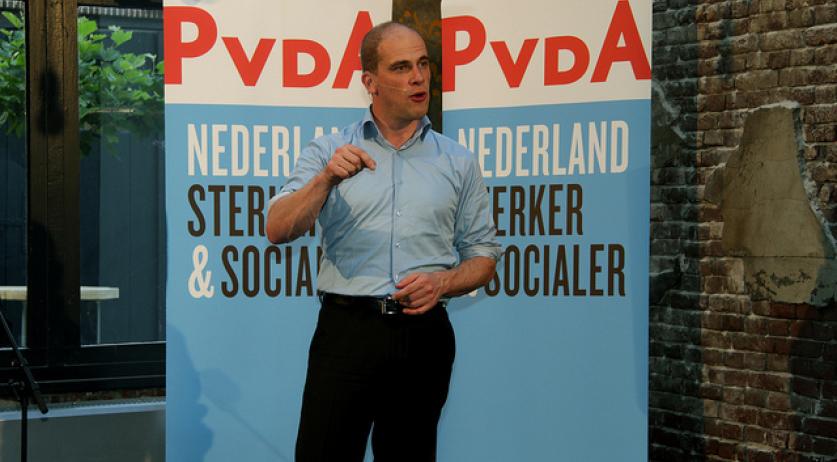 The PvdA's two lost campaigns in 2014 - for the elections for the European Parliament and municipal council, cost the party a total of 2.5 million euros. This is according to an analysis the Financieele Dagblad published on Tuesday, NU reports. In the analysis the FD examined all the political parties' financial statements from 2014. These very expensive campaigns did not go well for the Labour Party. Diederik Samsom's party now has fewer councilors, aldermen and Euro Parliamentarians. In addition to that, the party now faces less income. In the municipal elections in March 2014, the PvdA suffered substantial losses compared to the previous election four years earlier. Last year the party won 10.2 percent of the votes, compared to 15.7 in 2010. In the European Parliament elections in May 2014, the PvdA remained at the same 3 of seats. The D66 also spent a lot of money in the 2014 campaigns - a total of 1.9 million euros - but these campaigns were a lot more successful than the PvdA's campaigns. In the municipal elections, the party's votes increased from 8.2 percent of the votes in 2010 to 11.8 percent in 2014. In the European Parliament elections the D66 took most of the votes. Last year the VVD spent a total of 1.8 million euros on campaigns for the two elections. The other parties spent hundreds of thousands, according to the FD. The only parties not to hand in their financial statements were the SP and the PVV. The SP blamed illness and IT problems. The PVV has not submitted its statements for several years.