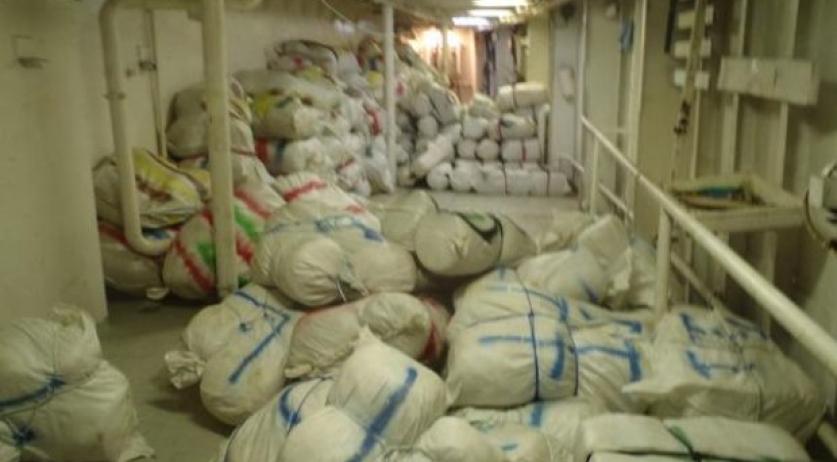 The Dutch marines intercepted a 6 thousand kilograms shipment of marijuana on the Caribbean Sea on Thursday morning. According to the Ministry of Defense, this is the largest catch ever. The contraband was on board the fishing boat Caribbean Soul, on its way from Jamaica to Guyana.  An American Coast Guard patrol plane spotted the boat early on Thursday morning and notified the Dutch marine ship Zr. Ms. Zeeland. According to the Ministry of Defense, the marines as well as the Law Enforcement Detachment of the US Coast Guard boarded the boat just before sunrise and found the enormous amount of marijuana almost instantly. The 12 man crew of the fishing boat was arrested. The Caribbean Soul was escorted to Ponce in Puerto Rico, where it and the suspects were handed over to the Drug Enforcement Agency. The commandant of the US Coast Guard in San Juan said that cooperation with the Dutch marines and other partners continues to bear fruit. "These big interceptions indicate that there is enough work for us. In order to achieve this, good cooperation and information exchange with all partners in the area is critical." said Hans Lodder, Naval Commander in the Caribbean area.