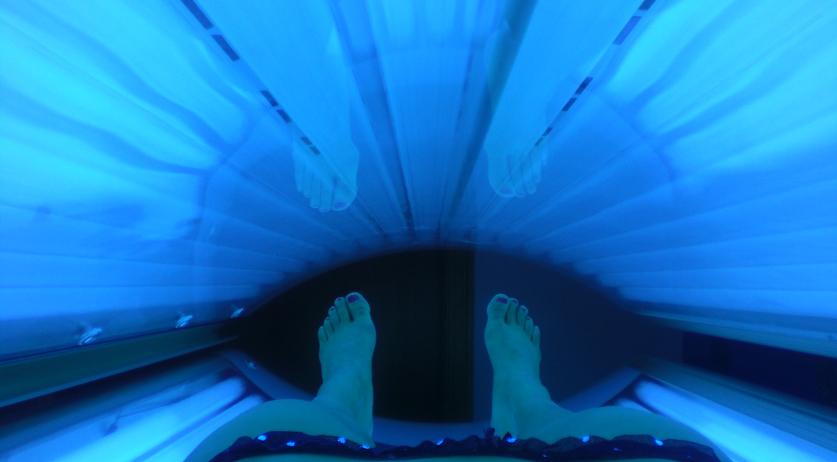 The Professional Association of Dermatologists (NVDV) is calling for a ban on the sale of tanning beds to individuals. Research shows that people using tanning beds drastically increase the risk of developing skin cancer, reports broadcaster NOS. There is a growing epidemic of skin cancer, according to the NVDV. To counter that, there should be a ban on sales to individuals and a closer scrutiny of tanning salons, the association argues. European research shows that 40 percent of the solariums in the Netherlands give no or insufficient advice about the risks of artificial sun. "Sunburn at an early age is the main risk factor," says dermatologist Jorrit Terra. "Ideally we would see no sun-beds in the Netherlands. Enjoy the sun, but do it in moderation." Dangers of tanning beds are systematically underestimated, argue the dermatologists. Especially when used by younger people who are at a greater risk of developing skin cancer. In twenty years, the number of people in the Netherlands diagnosed with skin cancer yearly more than tripled, from 17,000 to nearly 53,000 in 2014. The mortality rate of those with skin cancer was also on the rise in 2013.