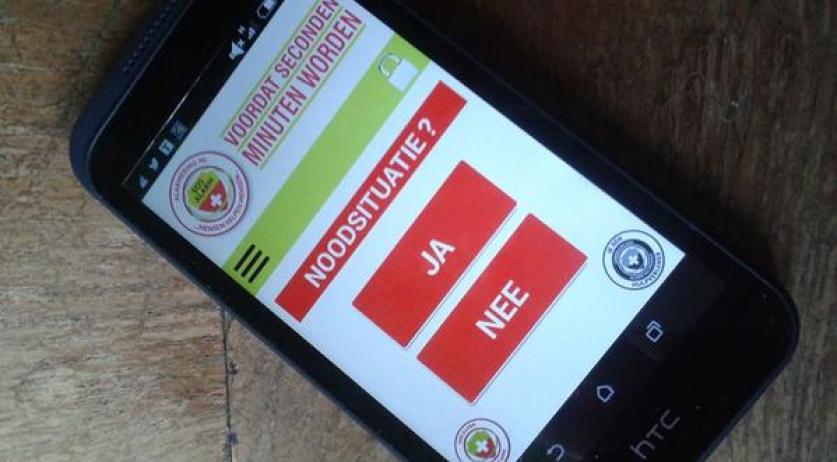 From Thursday emergency situations can also be reported through a special 112 smartphone app called SOS Alarm. When reporting an emergency through the app, the location and nature of the emergency is immediately sent to the central monitoring station. This reduces the intake and thus also the arrival time of official emergency services such as the police, fire brigade and ambulance. The app also notifies professional and voluntary care providers that are nearby, so that they can give first aid while the official emergency services are on their way. More than 30 thousand aid workers, such as doctors, emergency responders and people trained in first-aid, have already registered on the app. The intention is that this number will be expanded to 100 thousand in the coming period. "With 17 million Dutch, we are jointly responsible for our safety. With this app we give, in addition to the government and companies, citizens the opportunity to actively help in an emergency" Antoine Janssen, chairman of the National Foundation SOS Alarm Emergency Service, said to NU. "The foundation wants to form the National Platform for alerting and informing citizens, aid workers and emergency rooms. Giving aid is the mission and common denominator." According to the foundation, it is of great importance that everyone downloads and install the app. The SOS Alarm app can be downloaded for free for Android and iOS. https://www.youtube.com/watch?v=9OlKVjJimiM