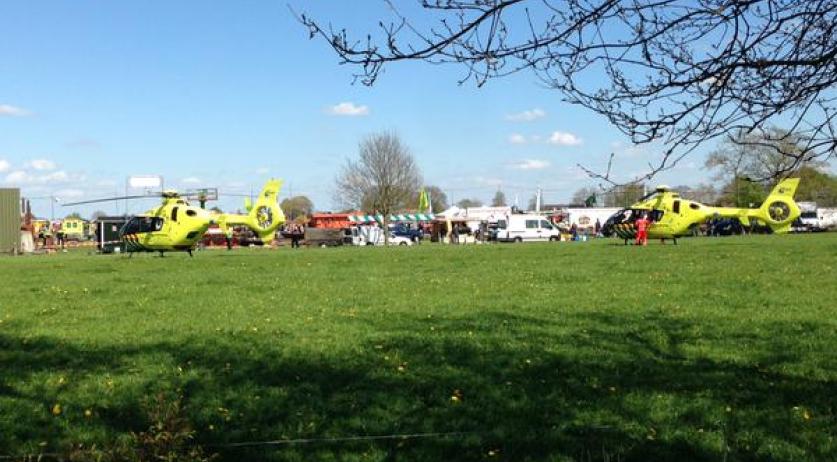 Owner: Collapsed crane not meant to carry many people

The crane that toppled over in a tragic accident during the Oosterwolde classic tractor and auto show, killing one and injuring eleven people, was not supposed to be used to carry festival attendees. The machine was only there to conduct organizational work, such as putting up flags, signs and lighting, the crane owner told NOS. “The machine was not designed to bring spectators into the air,” said Tom van der Giessen, the director of the company that leased the crane. The crane was not specifically licesnsed for this year’s festival, a spokeswoman for the municipality Oldebroek said yesterday. The event itself was licensed for three years in 2014, however, the organizers did not report a crane as a part of the show. The operator of the crane was questioned by the police. He admitted that the platform could be unstable and tilt forward because of crowding, according to the local media.