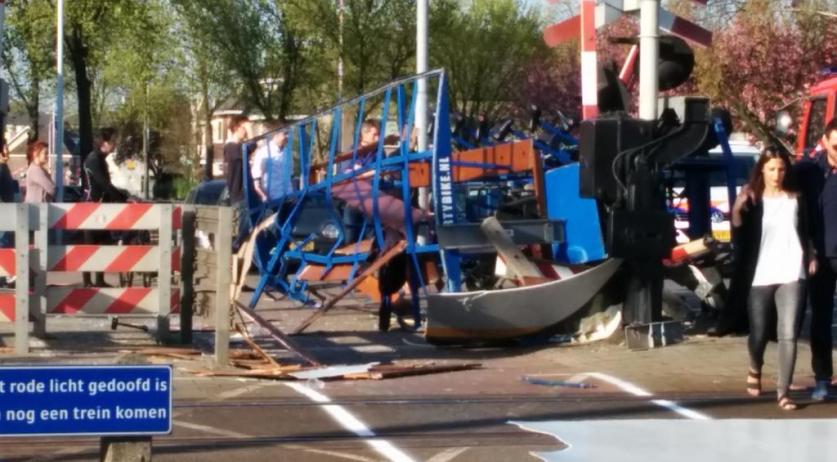 The striker of football team EMK Nuenen, Ruud Bijsterveld, was probably not riding the beer bike when it was hit by a train on April 20th, contrary to earlier reports, according to AD. Bijsterveld was killed in the crash, possibly when shrapnel from the accident struck him in the back of the head, the newspaper reported. He managed to jump off the bike despite having severely hurt his leg, the newspaper added. The striker tore ligaments in his knee a day earlier, which also led to the initial belief that he could not get off the bike on time like his fellow team members. Players who saw the accident say that Bijsterveld was in fact off the bike when the train plowed into it. Neither one of the last two players off the bike was Ruud Bijsterveld, according to an anonymous source inside the club. It is now suggested, that the striker was probably right next to the track when he was hit in the head by a flying piece of metal from the crash killing him instantly. His body was not far from the crossing, where as the bike was tens of meters away. The team was celebrating, having clinched the league championship that weekend, when the bike stalled on a railway crossing right when the track barriers came down, trapping the bike on the train tracks. EMK will play its first match after the accident on Thursday in Eindhoven. The game was postponed due to the tragic incident and a great deal of players from various teams are expected to watch the match to show their support for EMK.