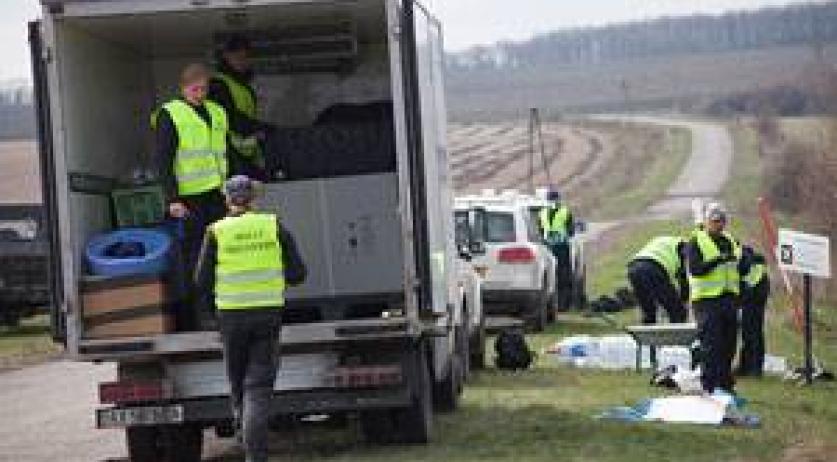 The restarted MH17 repatriation mission is going well, despite being hampered by the wet and windy weather. The team has found some mortal remains as well as personal belongings such as passports, jewelry and photos, mission leader Pieter-Jaap Aalbersberg reported on Wednesday.

The remains have been transferred to Kharkov where the initial forensic checks will be done. The remains will be brought to the Netherlands with all the usual ceremonies at the end of the mission.  The team also managed to salvage more than 50 cubic feet of wreckage, which will also first be brought to Kharkov and then transferred to the Research Council for Safety in the Netherlands. This mission is focusing on the burn sites north of Petropavlivka. In the past few days the smaller burn site was thoroughly examined by forensic experts. All human remains, personal belongings and wreckage have been salvaged from this site and the work has been completed. The experts also made progress on the larger burn site. "Here too remains were found, as well as personal belongings and wreckage. Due to the wet weather, experts have not yet been able to examine the somewhat deeper parts of the site. This will happen as soon as circumstances permit." Aalbersberg said. In addition to the burn sites, the team also performed further salvage operations in the fields around the sites as well as another visual inspection in the area around the chicken farm near Grabovo, where a previous mission performed salvage operations. The mission will continue for as long as is necessary. The pace of work is determined by the security situation and the weather, so an end date can not be determined yet.