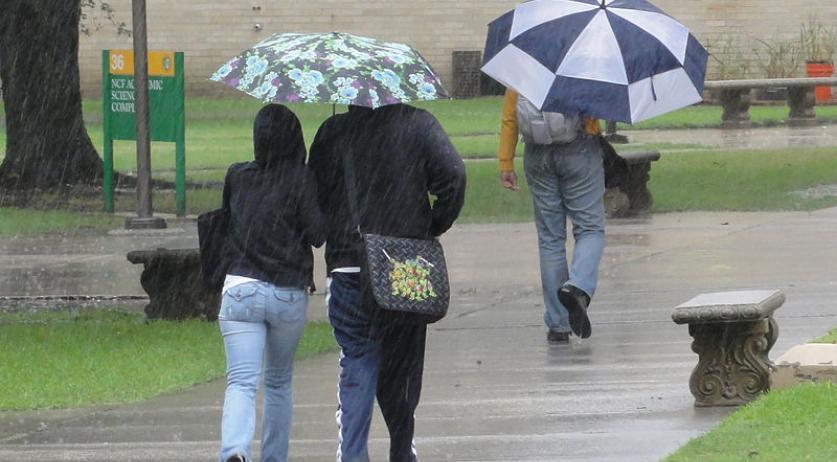 Over 1,300 reports of storm damage

The emergency services network P2000 received a total of 1,327 reports about the storm and storm damage by 11:00 p.m. Tuesday night, the Volkskrant reports. The most reports came from the Rotterdam Rijnmond region, followed by Noord- and Oost Gelderland. The cities of Rotterdam and Amsterdam were most affected by the storm with 55 and 43 reports, respectively. The roof of an apartment complex on Benthuizerstraat in Rotterdam was blown off. Eight apartments had to be evacuated and several roads were closed off. According to the alliance of insurers, the storm and strong winds blowing through the Netherlands since Sunday, have caused millions worth of damage. "We now estimate the damage at a few million, but that amount will run up," a spokesperson told the newspaper. Interpolis has deployed additional staff on the claims handling department. According to a spokesperson for Interpolis, most of the claims involve shattered windows, blown away roof tiles, water damage and damage caused by fallen trees. The storm also caused havoc with public transport. Schiphol had to cancel about 90 flights yesterday and delays ran up to one and a half hours. KLM cancelled about 70 flights, especially within Europe. Passengers were kept informed through social media and bookings were changed where possible. The rail traffic was also affected by the storm. NS advised travelers not to go to Germany per train. A number of NS trains were stuck at stations in Germany. In several places in the Netherlands there were trees and branches on the track. There were no trains around Zuthphen, between Zwolle and Heino and between Landgraaf and Aken for some time. Fewer trains were traveling between Hilversum and Utrecht Centraal and between Almelo and Hegelo. Trucks were blown over on the A6 at Joure Emmeloord and by Sint Nicolaasga as well as on the A1 at Twello. The Rijkswaterstaat also decided to close three flood defenses, including the Hollandsche IJsselkering at Krimpen aan den IJssel, and flood defenses at Rampsol on the border of Overijssel and Flevoland and in the Haringvlietdam.